The Color We See But Don’t Speak: How Race Impacts Our Kids 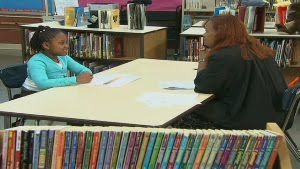 The Color We See But Don’t Speak: How Race Impacts Our Kids

by Imani Perry
Professor in the Center for African American Studies, Princeton University

This week Anderson Cooper 360 is airing a four-part series on a CNN commissioned study that examines how children view skin color. The results of the study, led by University of Chicago professor Margaret Beale Spencer, show that white children show a high bias towards white skin, and black children show a less, but still significant bias toward white skin as well. The children who were subjects of the research were in two age groups, 4-5 and 9-10.

I must say that the study, while heartbreaking, is not surprising. I am the mother of two African American boys, ages 4 and 6. In our household we talk about race frequently, we celebrate African American literature, music, and art. We teach appreciation for our culture and other cultures. We immerse them in the beauty of our ethnic tradition. However, even with all of this deliberate effort, it is a serious uphill battle to work against the image of race they are exposed to on a daily basis.

My elder son repeatedly comments on the marginality or complete absence of Black characters in virtually all children’s television programming except what he, of his own accord, calls “black shows.” He already knows that he is designated as the sidekick in this society. So do his classmates.

But more than that, he knows that for Black characters, lighter skin is valued, particularly on programming for tweens. It is even more dramatic for girls. I cannot recall the last time I saw a brown or dark skinned black girl on a mainstream children’s television show besides that lone wolf of racial inclusion Sesame Street. Even when the parents are dark skinned, the girls are significantly lighter. The same issue exists in advertising in children’s magazines and catalogs.

When Harry Reid’s comment about Obama’s light skin and absence of “Negro dialect” hit the media, my first thought was of children and how they probably also knew that Obama’s lighter skin made a difference to many of the adults around them. After all, it clearly matters when it comes to the celebrities we teach them to admire, and even for the cartoon characters we entertain them with.

What happens on television and in print media gets repeated out in the world. I recently took my boys to the beauty supply store one day because I needed to buy some barrettes. They marveled at the rows and rows of long flowing wigs and weaves in this store catering to Black women. In that moment they learned that for many Black women hair that looks and feels like something completely different from what grows out of their heads is vastly preferred. And they were being taught something about what the world considers beautiful. How much will it matter, I wondered, that I model a celebration of our hair and skin, with a world speaking against me?

There are times when, at the bookstore, we have opened children’s books dedicated to some hero in African American history, and found the troubling phrase “a good slave master” as in “Henry Box Brown had a good master” as though there wasn’t a fundamental evil to holding people in life long inherited bondage. What does it mean to a Black child when we soft pedal the most inhumane feature of the Black experience in the United States?

My children are often witnesses when we (parents, grandparents, other adult caretakers) experience racist micro-aggressions: the change that is dropped on the counter instead of returned to the hand, the failure of retail sales people to make eye contact, the clutched purses, the rude responses, the greetings that we offer that are not returned, the clerks who follow us in stores. They see the adults who love and care for them, who diligently teach them to be kind and respectful and hard working, treated unfairly on the basis of race. This experience is normal for children of color in the United States.

All of our children see race. They see the differences in the way we are depicted and treated. They see the gaps in our socioeconomic conditions that are so highly influenced by race. When we don’t talk to them about race and inequality, the only way they have to make sense of it all is to assume that there is a greater human value for those who by accident of birth are white.

I am a professor in the Center for African American Studies at Princeton University. By the time I get to talk to young people about race they are on the brink of adulthood. They are formed in many ways. But each day in the classroom with them yields so much. My students are bubbling over with the desire to learn, understand and make sense of race: this taboo subject that has been around then every single day. I immerse them in a great deal of scholarly research and analysis of race, to allow them to develop deep understandings of how it has operated and how it continues to matter. I am appreciative that these conversations are a central part of my life’s work. However, I hope that this CNN series will encourage parents, schools and community organizations to begin these conversations with young people sooner, to demand better from our media and our communities, and to continue to educate ourselves along with our children, about race.