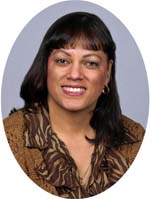 Across Country, Following His Footsteps From Slavery To Freedom

“The highest test of the civilization of any race is in its willingness to extend a helping hand to the less fortunate. A race, like an individual, lifts itself up by lifting others up.” — Booker T. Washington

San Leandro, CA (BlackNews.com) — When President Obama was elected he asked Americans to help restore the country. Oakland, California native, Sarah O’Neal Rush, great-granddaughter of Booker T. Washington, has not forgotten her pledge to do just that. Rush is the founder and executive director of Booker T. Washington Empowerment Network (BTWEN), a 501(c)(3) nonprofit corporation. From July 30, 2010 – August 7, 2010 she will lead eight youth and three mentors on a Freedom Journey, a rite of passage, following the footsteps of her great-grandfather from slavery to freedom.

Rush comments, “To break generational cycles of destruction among young people across America, we must tell them who they are, and where they come from. I know from personal experience that there is power in their history that will move them forward – from self-destruction to self-love, and empower them to respect their lives, their culture, education, and their community.”

Stories like these cast a dark shadow over the city where Ms. Rush grew up. In response BTWEN plans to add a beacon of hope in inner cities across America, beginning in her hometown, through the Up from Freedom Project, a pilot program for youth 16 – 19-years-old, that meets weekly in East Oakland, California.

Up from Freedom Project connects the past to inspire the future. When participants come to the program, many will have self-imposed limits on their hopes and dreams, if they have hopes and dreams at all. As they progress through the program they will become empowered and prepared to approach the world from a new, healthier perspective. They will also be prepared to go on the Freedom Journey.

The journey begins on the plantation in Virginia, where Booker T. Washington was born a slave. From there they go to West Virginia where he worked in the coal mines as a boy after slavery ended. Then it’s on to Hampton University, where he received his education. From there the group goes to Washington, D.C. where he was the first black invited to dine in the White House. While in D.C. they are scheduled to meet with Congresswoman Barbara Lee, and have lunch with Congresswoman Diane Watson. A request has been made to meet President Obama. The last stop of course will be Tuskegee University, in Alabama, the school Booker T. Washington founded for former slaves and their descendants. Each stop along the Freedom Journey is a national historic site.

“I am excited about the trip and watching my history come alive. I have never even been on an airplane before.” Those are the words of 18-year-old Rhyan, one of the youth participants who recently transitioned out of foster care. As a requirement of the Up from Freedom Project, Rhyan is reading Booker T. Washington’s best-selling autobiography, Up from Slavery. “It’s making me very anxious to get to Tuskegee,” Rhyan said.

The group plans to kick off the Freedom Journey with its first annual walk-a-thon around Lake Merritt in Oakland, on Saturday, July 10, 2010 at 9:00 a.m. For more information about the walk, or to learn more about the Up from Freedom Project, visit www.btwen.org. To help inner-city youth through BTWEN, interested ones may make a tax-deductible donation in any amount to BTWEN, and mail to P.O. Box 3311, San Leandro, CA 94578, or visit www.btwen.org, and click on the donation button.