Struggling for the American Soul at Ground Zero 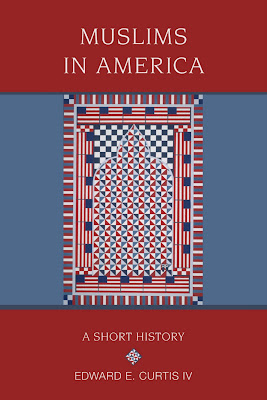 Like Gettysburg, the National Mall, and other historic sites, Ground Zero is a place whose symbolic importance extends well beyond local zoning disputes and real estate deals. The recent controversy over a proposal to build a Muslim community center two blocks away from the former World Trade Center shows it clearly: the geography of Lower Manhattan has become a sacred ground on which religious and political battles of national importance are being waged.

After New York’s Landmarks Preservation Commission gave its approval for the demolition of the building now located on 45-47 Park Place in Lower Manhattan, the Rev. Pat Robertson’s American Center for Law and Justice announced that it is suing to stop the project.

Though Robertson’s organization is supposedly dedicated to the “ideal that religious freedom and freedom of speech are inalienable, God-given rights,” it is not primarily concerned with religious rights, at least not the rights of Muslims. It is instead part of a loose coalition of Americans who have identified the presence of Muslims, both at home and abroad, as a primary threat to both the United States and the Judeo-Christian heritage.

Their Muslim-bashing has deep roots in American history. Since the days of Cotton Mather, the New England Puritan minister, many Americans have associated Muslims with religious heresy. In the early 1800s, as the United States waged its first foreign war against the North African Barbary states, politicians, ministers, and authors regularly used themes of oriental despotism, harems, and Islamic violence in political campaigns, novels, and sermons.

Later, when the U.S. failed to quell Muslim revolts during the U.S. occupation of the Philippines in the early twentieth century, U.S. Army Gen. Leonard Wood called for the extermination of all Filipino Muslims since, according to him, they were irretrievably fanatical.

Islamophobia, an odd combination of racism, xenophobia, and religious bias, receded in importance during the 1900s as the specter of communism replaced it as a primary symbol of foreign danger. But with the fall of the Soviet Union, stereotypes about the Islamic “green menace” have once again become a central aspect of our culture.

This time Muslims are fighting back. Their civil rights and religious leaders are challenging this old American prejudice, in part through unprecedented interfaith community activism. Imam Feisal Abdul Rauf, the leader of the group proposing the Muslim community center near Ground Zero, is one of them.

In response to questions about why he wants to build a community center so close to Ground Zero, Rauf has said that he wants the community center to be a source of healing, not division. Rauf also pledged that Park51, as the project is now called, will be a “home for all people who are yearning for understanding and healing, peace, collaboration, and interdependence.”

Rauf has powerful friends–or at least allies. New York Mayor Michael Bloomberg, who choked up defending the right of Muslims to build the community center during a speech in the shadow of the Statue of Liberty, argues that “we would be untrue to the best part of ourselves…if we said ‘no’ to a mosque in Lower Manhattan.”

Those who agree with Mayor Bloomberg represent the other major faction struggling for the American soul at Ground Zero. For them, the American soul is imperiled when its founding ideals are cast aside. In this case, the ideal is the first amendment guarantee of the free exercise of religion. “Of all our precious freedoms,” said Bloomberg, “the most important may be the freedom to worship as we wish.”

Defenders of religious freedom, one of the primary sources of the American nation-state’s moral legitimacy, are fervently backing the community center organizers. They are participants in a civil religion that often places the founding principles of the state above other moral and theological concerns.

For many of them, the situation would be different if the City of New York wanted to put a road or tunnel through Park Place. The right of eminent domain would then be at stake and it would trump the religious rights of Muslims to build a community center and mosque. But to deny a group the right to build a mosque because it offends or even hurts people’s feelings is a different matter.

If Muslims are victorious in this dispute—which looks likely—it will not be because of their growing numbers or lobbying power, but because their interests parallel those who believe deeply and passionately in the state’s obligation to protect freedom of religion.

But this is only one battle in the larger struggle for the post-9/11 American soul. Ground Zero will remain a preeminent site of such religious and political discussion. Americans will continue to debate key questions of war and peace, good and evil on this sacred ground.

Edward E. Curtis IV is Millennium Chair of the Liberal Arts and Professor of Religious Studies at Indiana University-Purdue University Indianapolis (IUPUI). He is the author of several books on Muslim American and African American religious history, including Muslims in America: A Short History. A former National Endowment for the Humanities Fellow at the National Humanities Center, Curtis has also received Carnegie, Fulbright, and Mellon fellowships. You can read his article “Islam has long history downtown: Why the ‘Ground Zero mosque’ belongs in lower Manhattan” in the New York Daily News.