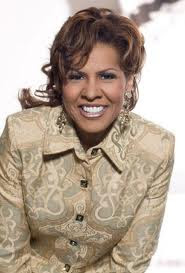 Have you ever met a person of the opposite sex who seemed to be the “one”? He or she was gorgeous, stylish, a brilliant conversationalist and had a vibrant career, however, after a period of dating, you realized that although this person had a wonderful personality, his or her character was not so wonderful. You finally came to the disappointing reality, after separating personality and character, that the two of you could not have a successful marriage.

Character is important; but it’s far different than personality. PERSONALITY is what you show people when everyone is watching. CHARACTER is who you are when no one is watching.

I always want to do better, but more than that, I want to be better. I want to take full advantage of every opportunity God sends my way— whether it’s a relationship, a business endeavor, or a ministry expansion; opportunities can and will be missed (or messed up) if I am unprepared when they are presented.

Several weeks ago, I sat down and began to prayerfully plan for the next season of my life. I began to ask myself questions: Who am I now that I wasn’t five years ago? What have I learned from my victories and valleys? Where does God want me to go? What does God want me to achieve? What do I need to do differently or the same? How will I get what God has for me? Am I walking in integrity in all areas?
I already understood my purpose; but the answers to these questions served to update my plan and redefine my path. I needed to be painfully honest with myself. I had to “stop, look and listen” to God (first), myself (second) and others (third). Perhaps you should do the same.

Take a look at your life. Reexamine (take inventory), reevaluate (reassess the value of your inventory), and re-prioritize (clean up, clean out and re-stack things). Consider the things that others have said and done to hurt you. Allow the pain to help you focus. You might have to fight your flesh, but do what you must, to maintain your integrity.

The Encarta® World English Dictionary defines integrity as “the quality of possessing and steadfastly adhering to high moral principles or professional standards.”
The Bible’s definition of integrity includes: treating people fairly and honestly (Leviticus 19:35-36, Deut 25:15, Proverbs 16:11-13); and giving your word and keeping it (Exodus 8:28-32).

You see, integrity is the first thing to go when you’re treated badly. You figure that you are entitled to retaliation; but God doesn’t see it that way. You probably learned the “Golden Rule” in school… well…it’s still “Golden!” “Do to others as you would have them do to you.” (Luke 6:31).

The book of Ruth provides a beautiful ex- ample of a “character filled with integrity.” The story goes like this: Naomi travels from Bethlehem to Moab with her husband and two sons to escape famine. While in Moab, Naomi’s sons get married to Moabite women; one of whom was Ruth. But after about 10 years, Naomi’s husband dies as well as both sons. Naomi is devastated and destitute; she decides to return home, to Bethlehem. As she prepares to leave Moab, she tells Ruth and her other son’s wife (Orpah) to go back to their mothers and find new husbands. Orpah departs, but Ruth pleads with Naomi: “Where you go I will go, and where you stay I will stay. Your people will be my people and your God my God” (1:16).

It’s a powerful promise, but Ruth keeps it, even though times are rough—they have no food; and Naomi is grieving—she isn’t pleasant to deal with at all! To top it all off, when Ruth accompanies Naomi to Israel—it’s a strange place where she has no connections and no security. But Ruth has given her word and she keeps it—even in the face of adversity. She doesn’t turn back. In fact, she goes into the fields and “gleans”—meaning she picks through leftovers and scraps to get food. It’s the only way she can survive and provide for her mother- in-law. In today’s culture, that amounts to digging in garbage and picking through trash. But Ruth doesn’t get bogged down in pride. She has given her word and she is determined to keep it —even through adversity!

As she is gleaning for food, Ruth encounters Boaz, the owner of the field where she has been gleaning. He already has gotten the 4-1-1 on Ruth, but he immediately looks past her cir- circumstances and sees her character. He is a man of integrity and insight. He sees “into” her— he looks past her poverty and sees that she is a “worthy” woman—because she keeps her word through thick and thin. Her integrity “qualifies” her in Boaz’ eyes as a woman who deserves protection and provision, and he provides both.

Understanding the dynamics of the situation, Naomi orchestrates a plan to bring Ruth and Boaz together in a private setting. She plans a meeting at the threshing floor (the place where wheat is separated from the chaff) where Ruth can make herself “available” to Boaz. Ruth obe- diently prepares herself—puts on her good per- fume and her best dress; and she goes to the threshing floor at the right time—after Boaz has eaten a good meal, had a good drink, and is talking his rest. She positions herself at Boaz’ feet.

That night, Boaz wakes up in the middle of the night and discovers Ruth, (she is prepared and positioned for the opportunity). She modestly lets Boaz know that she wants him to choose her as his wife. He does, and the stage is then set for destiny.
This meeting at the threshing floor reveals the character of both Boaz and Ruth. They had the opportunity to fulfill their flesh, or fulfill God’s plan. They chose God’s plan, and their choice separated and qualified them for the blessing of fulfillment that culminated in marriage and legacy. (They became the grandparents of David, the future King of Israel).

The meeting at the threshing floor was a meeting of preparation and opportunity. It was a Divine set-up: God’s plan was fulfilled because Boaz and Ruth passed the test.

Are you prepared for Divine opportunity? Will the integrity of your character pass or fail when tested by pain, disappointment or hardship? Do you concern yourself more with how people treat you than keeping your word and following through on your prom- ises? Do you “rationalize” and make excuses when it comes to following through on commitments?

PEOPLE WHO LACK INTEGRITY OF CHARACTER:
Underperform and overcharge on jobs/contracts
Walk off jobs without completing assignments
Disrespect their bosses with unflattering remarks and behavior
Dishonor commitment in relationships
Fail to support their family/children.

Other issues that indicate a lack of integrity include: avoiding phone calls, paying bills late (or not at all), not following up with obligations, gossiping, over-committing and under-delivering.

Are you passing or failing the integrity test?

RUTH HELPS US UNDERSTAND HOW INTEGRITY MANI- FESTS. SHE WAS:

The blessings that come from a lifestyle of integrity include provision, protection and fulfilled purpose.
It’s time to reexamine, re- evaluate and re-prioritize. The next time opportunity knocks, let your integrity open the door to blessings, purpose and destiny!