Pimps in the Pulpit – the Stage Play – Shannon Bellamy 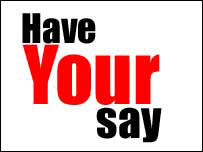 Take a look at the video, tells us what you think of this new stage play.

PHILADELPHIA, PA–(Marketwire – September 30, 2009) – Based on a true story, Shannon Bellamy writes about her experience with a church scandal and exposes the church whose choir won the 2009 Steve Harvey Hoodie Awards for best Choir, in Philadelphia, Pennsylvania. In her book “Pimps in the Pulpit” she talks about her nearly three-year love affair with her Philadelphia Pastor and former Bermuda Radio Personality.

The subtitle of Shannon’s book, “He was my… Counselor, Friend, Confidant and Lover, ‘Her’ Husband, ‘Their’ Father and ‘Our Pastor'” is a strong message about the secret lives a lot of Pastors lead in today’s churches. A series of trials and tribulations has uniquely prepared Shannon Bellamy to tackle and subsequently overcome some of life’s most insurmountable odds. Her story tells what happened to cause this strong woman to be broken and blindly trusting; become weak, vulnerable and get manipulated into an intimate relationship with her Counselor/Pastor who is also married. She exposes the secret life of her Pastor and the five other Pastors in their “Boys Club” in the church. Her story is not about tearing down the church but rather to expose inappropriate relationships between Pastors and Parishioners and how it can affect these wounded victims’ lives, self esteem, spirituality and soul.

In her tell all book she gives a tantalizing play-by-play analysis of the endless late night rendezvous, orchestrated lies and deception. Shannon also discloses the details of her near death experience as a result of undergoing extensive cosmetic surgery that he coerced her to endure for his own personal enjoyment.

Ms. Bellamy hopes her story will bring same sex counseling as a mandate in the church to protect both the Pastors and parishioners from “human nature” and allow the church to get back to the business of saving the lost, sick and broken without the distraction of the “flesh” and decrease inappropriate church relationships within the church! A real page turner of what really goes on behind the pulpit when church is not in session. Don’t be a victim of the “Pimps in the Pulpit” who prey on vulnerable women, single or married!

Share in her struggles and Triumphs as she finds herself and breaks away, from who she believed was the love of her life, in order to save her life. Feel the gravity of her pain; agonize with her through her moments of self doubt; experience her slow journey to personal redemption and unfolding triumph.

“Pimps in the Pulpit” can be ordered online at www.shannonbellamy.com or bookstores nationwide.

Shannon Bellamy has appeared on the national syndicated Michael Baisden Show and a host of other radio programs and speaking engagements go to her website for a list.