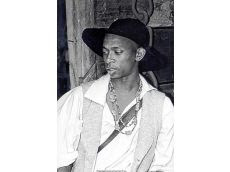 “Tales Through Time: A Storytelling Event” will take place from noon to 3 p.m. Saturday at the Gaston County Museum of Art & History.

The free program, sponsored by a grant from the United Arts Council, will feature an afternoon of storytelling from distinguished storytellers, including Chief Donald Rodgers, Chief of the Catawba Indian Nation; Chetter Galloway, an African and African-American folktale storyteller; and Orville Hicks, a traditional Appalachian Jack Tales storyteller.

Here’s a closer look at the featured storytellers:
Chief Donald Rodgers, traditional Catawba Indian stories, noon. The Catawba Indians, aboriginal to South Carolina, and their pottery tradition may be traced to 2,400 B.C. The name Catawba was designated to a small tribe living along the Catawba River between North and South Carolina. However, the origin and meaning is unknown as the Indians called themselves yeh is-WAH h’reh, meaning “people of the river,” or i-yeh yeh meaning “people.” When Hernando de Soto visited the Catawba Nation (then Cofitachique) in 1540, he found a sophisticated Mississippian Culture. After the founding of Charleston in 1670, the Catawba population declined. Throughout subsequent demographic stress, the Catawba supported themselves by making and selling pottery. They have the only surviving Native American pottery tradition east of the Mississippi. Chetter Galloway, African and African American folktale storyteller, 1 p.m. Galloway first experienced storytelling at the Colonial Williamsburg Foundation in Williamsburg, Va. He honed his craft at East Tennessee State University’s Master’s in Storytelling program. He is a Young Audiences Artist and affiliated with the South Carolina and Tennessee Arts Commission.
Chetter has released three storytelling recordings, “Evil Knows Where Evil Sleeps,” “Fresh Squeezed Carrot Juice,” and “A Story, A Story, Let It Come, Let It Come.” Orville Hicks, traditional Appalachian Jack Tale Storyteller, 2 p.m. Winner of the Brown Hudson Folklore Award, Hicks comes from a long line of storytellers and is perhaps the last in his family to carry on the folk tradition. His specialty is the “Jack Tales,” whose title character (from “Jack and the Beanstalk”) is usually “a lazy rascal,” but a goodhearted hero whose family is always trying to take advantage of him. The tales have noticeably English and German folktale roots blended with Appalachian mountain customs.
The Gaston County Museum is at 131 W. Main St., Dallas. For more information, visit www.gastoncountymuseum.org or call 704-922-7681 ext. 105.
Read More >>>>>