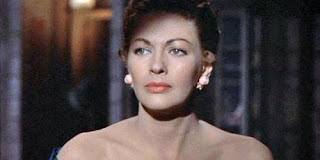 “Life is but a walking shadow,” wrote William Shakespeare in Macbeth. In film studies, we frequently consider the extreme contrast of light and dark, of noirish chiaroscuro designs that were born from the severe German expressionist lines. These are the “shadows” that highlight the pronounced differences between black and white, between coruscation and silhouette, between good and evil. The complex interplay between these two diametrically-opposing forces is one of the most essential technical elements of a film’s design, illuminating, reflecting and projecting the subconscious and highlighting implicit narrative themes in a visual language that aids the spectator’s understanding of the art as they read it. Nowhere is this essential cinematic contrast more apparent than upon the skins of characters in films about passing – a trope in which (usually female, usually biracial African American/Caucasian) pass for white, abandoning their black heritage and otherness to reap the benefits of whiteness. The light is the positive signifier, while the dark is the negative.
Until recently, this particular leitmotif was refracted bluntly in the way race dynamics were depicted in film in general. There were “black” films and “white” films, but rarely did any movie dare to highlight what life was like for any realistic scope of biracial characters who existed in true Jungian shadow-self, caught between these two worlds, standing on a near-literal precipice with one foot in African American experience, the other firmly in majority white culture, confronted with an impossible choice: live in truth as a person of color, be marginalized and treated like dirt, or risk “passing” for white to gain societal advantage. This concept was, from post-Reconstruction through the ‘60s, a much-discussed, weighty social issue, evidenced in the presence of the passing narrative in black and white art of the time, and it was brought most to social awareness in cinematic depictions, many of which proved to be financial and critical successes.
While racial passing seems outdated by today’s standards, and the very thought of a black person needing to pass for white actually smacks of racism, this essay repositions the importance of passing as a genre by looking at four key Hollywood films from the early-‘30s through the late-‘50s: two versions of Imitation of Life (John M. Stahl in 1934 and Douglas Sirk in 1959), Pinky (Elia Kazan, 1949), and Band of Angels (Raoul Walsh, 1957). We examine how race passing has become supplanted by other more socially acceptable sub-modes of the passing narrative (for example: the quintessential passing model now largely excludes race but focuses instead on gender and sexuality), but also how the distant ancestors of race passing can still somewhat insidiously found lurking unnamed in the world of contemporary film, from the extreme popularity of a biracial actress like Halle Berry (who has been nicknamed a “black Barbie” because of the way she conforms to standards of white female beauty) to the teasing, exoticized, and even sexually-festishized presence of the racially-ambiguous Mariah Carey in films such as Glitter (Vondie Curtis-Hall, 2001) and Precious: Based on the Novel Push by Sapphire (Lee Daniels, 2009).
By the time the concept of passing —which playwright Ntzozake Shange calls “that which ‘they’ can’t ascertain on ‘their’ own” [“Introduction”, Passing, (2002): xi]—was first used as a primary plot in a film in director John M. Stahl’s Imitation of Life (1934), it was evident that racial passing was becoming a gendered genre, mostly with female protagonists, as well as a quintessentially American phenomenon. Nella Larsen, one of only two non-white, American female novelists working during the Harlem Renaissance (Henderson, xix), and the most prominent author to deploy the racial passing convention in popular works such as Quicksand (1928) and the aptly-titled Passing (1929), made it a point to highlight the racial fluidity and cultural hybridity of people of biracial descent living abroad in the latter story. Centering on the lead characters of Clare Kendry and Irene Redfield, Passing depicts the struggles of Kendry, a light-skinned black woman who passes for white full-time and is married to a white racist, and Redfield, the darker-skinned of the two who occasionally passes as a hobby while living a privileged bourgeois life with her physician husband, Brian.
Dr. Redfield longs to transplant the family to the multi-cultural Brazil where “he imagines color is of no import” [Shange, “Introduction”, Passing, (2002): xiv]. With a diverse population that draws from a hearty mixing of Portuguese, African, Eastern European and indigenous peoples, race – specifically racial ambiguity—isn’t really as big a problem in this society. The idea of a black person passing for white today in a place like Brazil, where ethnic diversity, multiraciality, and cultural hybridity are embraced, is nonsensical. Even in the United States, where people who are not white, moneyed, or heterosexual (or some variation) are almost always oppressed, the policing and privileging of skin tones varying like an chocolate silk ombre from espresso to caramel is a reality for dark-skinned people, who are marginalized, while the fairer-complexioned are praised as beautiful because of their ostensibly closer proximity to whiteness (American culture’s dominant idea of “beautiful”).
Read More >>>>>>