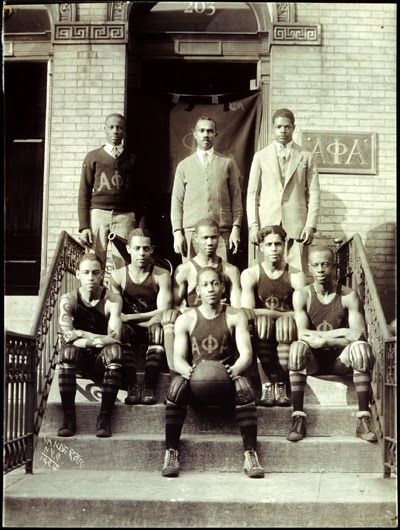 Born June 29, 1886 in Lenox, Massachusetts, the son of Ulysses S. Grant’s maid and butler. After attending schools in Lenox, he went to New York City in 1906 and held a series of jobs as a waiter and elevator operator. From 1909 to 1915 he played in Fletcher Henderson’s band and the John Wanamaker Orchestra (and in an orchestra that accompanied silent films).
Attracted to photography, Van Der Zee got a job as a darkroom assistant, and after learning the fundamentals of photography he opened his own studio in Harlem in 1916. On the upper end of Manhattan, Harlem was only then becoming a haven for African Americans and during the next five decades he would photograph African Americans of all social classes and occupations. He took thousands of pictures – mostly indoor portraits, though he occasionally went out and photographed the Harlem scene.
Although Van Der Zee photographed many of the African American celebrities who passed through Harlem, most of his work was of the straightforward commercial studio variety – weddings and funerals including pictures of the dead for grieving families, family groups, teams, lodges, clubs, or people simply wanting to have a record of themselves in fine clothes. He often supplied props or costumes and in his developing – which he did himself – he would add pictorial touches with an air brush or double-printed images.
Forgotten for many years, Van Der Zee had retired and was reduced to poverty when in 1969 the Metropolitan Museum of Art mounted an exhibition called Harlem on My Mind that brought him and his work renewed attention and rewards. He took up photography again in 1980 until his death.