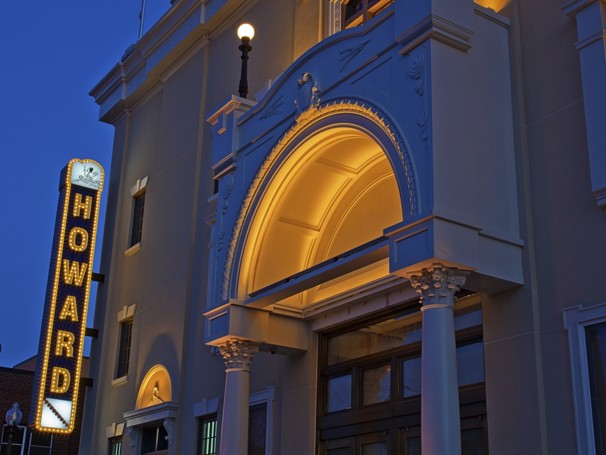 The nearly 102-year-old Howard officially lifts its curtain once again Thursday for a reopening gala after a $29 million renovation that began in 2010. Smokey Robinson, Savion Glover and Madeleine Peyroux will perform, along with Chaka Khan, Boyz II Men and others.

When Washington’s U Street corridor was known as the “Black Broadway” in an era of segregation, the Howard was a crown jewel through the 1960s. It opened in 1910, touted as the “largest colored theater in the world.” It launched careers for Duke Ellington, Marvin Gaye, The Supremes and Ella Fitzgerald, among others. It began suffering, though, after the 1968 riots following Martin Luther King Jr.’s assassination that damaged much of the neighborhood, and it faced competition from newer, larger venues. The Howard eventually closed in 1980.

By comparison, Harlem’s famous Apollo Theater first opened as a burlesque theater in 1914, and African-Americans were not allowed inside. It later reopened as the Apollo in 1934 and focused on the growing black community in Harlem.

The Howard was left neglected and shuttered since its doors were closed. It remained vacant for 30 years and fell into disrepair, its roof caving in, allowing water to destroy much of the historic interior.

Still, pieces of history remain. The stage is in the same place and size as where Fitzgerald won an early Amateur Night contest. So is the balcony where audiences listened to the music of Sammy Davis Jr., Billie Holiday, Miles Davis, Louis Armstrong and Lena Horne, and the words of Booker T. Washington, Redd Foxx and Moms Mabley. Some of the columns holding up the balcony have been preserved, and the original exterior facade has been restored.

The theater’s new operators, from the New York-based Blue Note Entertainment Group, said they were compelled to take on the Howard after hearing encouragement from Bill Cosby and other entertainers who remember the theater’s heyday.

The new Howard is a modern, high-tech performance space with HD video screens, an acoustic system and recording capabilities. It has supper club-style seating for 650 or standing room space for 1,100, making it a flexible venue to host a variety of concerts and events. It’s finished with black walnut walls, oak floors and granite bars to accommodate full-service dining.

Celebrity chef Marcus Samuelsson of Harlem’s Red Rooster and a winner of “Top Chef Masters” has created a menu for Southern-style dinners and a weekly gospel brunch on Sundays featuring the Harlem Gospel Choir.

Having a full-service kitchen and a flexible space will set the Howard apart from many other historic theaters across the country that have been restored only to struggle financially within a few years to keep the doors open. One example is a few blocks away at Washington’s 1920s-era Lincoln Theatre, which also boasts a rich history with Washington’s jazz scene.

“A lot of the theaters have been restored to the way they were. That doesn’t necessarily work in today’s modern world,” Bensusan said, explaining why traditional theater seats were nixed for the Howard. “There’s a market for theaters and there’s a market for almost like a club environment, which is what we’ve created at the Howard.”

Blue Note Entertainment has a 20-year lease to operate the theater, promising top names from all genres of music. Its first months’ bookings include performances by Wanda Sykes, The Roots, Chuck Berry and Sinead O’Connor, among others. The company also operates the Blue Note jazz club in New York’s Greenwich Village and the B.B. King Blues Club in Times Square, along with clubs in Japan and Italy.

The Howard was added to the National Register of Historic Places in 1974 and was named an “American Treasure” as part of the Save America’s Treasures program under President Bill Clinton.