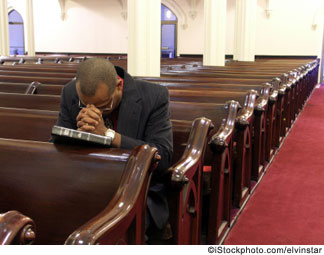 Written by Anthony Bradley
December 1, 2010, 11:45 AM
Just before Thanksgiving, the leadership of the nine largest historically black denominations announced the launch of The Conference of National Black Churches (CNBC). These evangelical and mainline denominations, representing nearly 30 million churchgoers and 50,000 congregations in the United States, have joined forces to address myriad issues in the black community. The CNBC will hold its first annual consultation titled “For the Healing of Our People,” Dec. 7-10 in Washington, D.C.While there are individual churches and denominations and faith-based organizations doing good work in local neighborhoods in America, the CNBC sees itself as filling a void. Some problems are simply too big for one church or denomination to address alone, so the CNBC plans to offer much needed cross-denominational coordination in an effort to serve African-Americans and other underserved populations in the areas of health, education, social justice, and economic empowerment.But what about black evangelicals who align themselves with predominantly white denominations and churches and their issues? What role, if any, do they have in initiatives like this? Many blacks in these churches tend to distance themselves from black churches and black communities, but the CNBC could provide them with a unique opportunity to remain involved at some level. That involvement could take the form of them encouraging their own denominations to direct more human capital toward issues like the black marriage crisis, the HIV/AIDS crisis among black women, public education deficiencies, and juvenile incarceration rates.

I’m not sure what the answers are, or how the logistics of something like this could work in practice, but the ability of black evangelical and mainline denominations to work together on social issues could encourage new vistas for all Christians across racial and denominational lines to be cobelligerents in addressing multiple issues for the common good in America while maintaining distinct biblical and theological commitments.