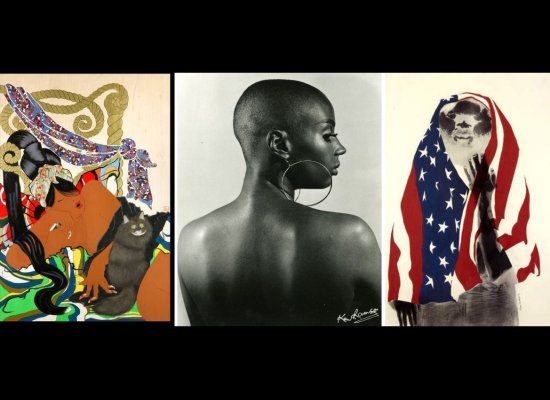 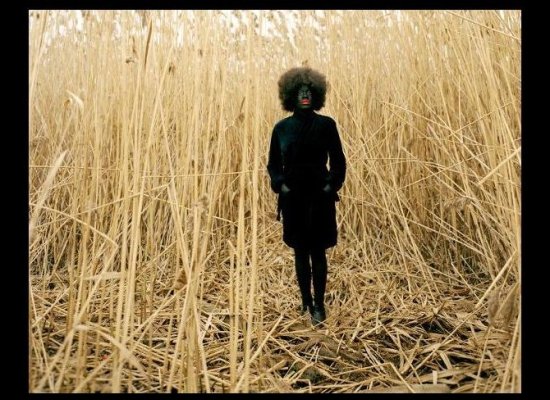 Much like the leaves of autumn, the face of America is ever-changing. And this is also true for the art world, which reflects back to us images of our modern society, shaped by history and the confluence of cultures.

This fall, coinciding with the onset of auction season, a variety of innovative events featuring the works of contemporary African-American artists explore how the concept of race has affected the world of art. Two of the most interesting shows are happening in different parts of the country, depicting works that explore the notion of identity within the framework of culture, history, and modern society. 30 Americans (selected from the Rubell Family Collection) is opening at Washington, D.C.’s Corcoran Gallery of Art on October 1st; the Hammer Museum’s Now Dig This! Art and Black Los Angeles 1960-1980 is part of Pacific Standard Time and will run from October 2nd until January 8th. We highly recommend both shows, so if you’re stateside be sure to head for the nation’s capital, or the city of angels…but if you have some frequent flier miles racked up, you can catch both exhibit openings! And with the widespread interest in African-American Art on the rise, galleries and museums aren’t the only venues showcasing works from this influential genre; the saleroom floor has also been flushed with pieces by African-Americans, from traditional works by old masters to modern-day masterpieces by contemporary artists.

African-Americans’ contributions to the art world are also being recognized amongst the art collecting populace, a trend that started in the 1980’s. For a brief period of time, traditional works by masters like Henry Ossawa Tanner and Charles White were being gobbled up by art lovers, due in part to big-name collectors like actor Bill Cosby.

But the real breakthrough came in the last decade of the 20th century, when the genre enjoyed a tremendous surge of popularity in the investment sectors. Finally, after years of being considered “taboo” by art collectors, it seemed that African-American art was receiving much-deserved attention from buyers – and now as the art market recovers, so has interest in the subject. After one particularly successful sale last February, Nigel Freeman, Director of Swann Galleries African American Fine Art Department, remarked, “As the art market rebounds, we are seeing a surge in collectors seeking African-American Fine Art—especially scarce and important works.” And the sale numbers don’t lie, either: Take the landmark 2007 Sotheby’s Contemporary Art Evening Sale in New York, which saw a Jean-Michel Basquiat piece go for a record-breaking $14,600,000. One year later, his Untitled (boxer) painting fetched nearly as much at Christie’s Postwar and Contemporary Art Evening Sale, and just a few months ago, an untitled work by the artist also saw success at Sotheby’s when it sold for over £5 million.

While it wasn’t only Basquiat’s pieces that were selling well, the high-sale prices of his works helped boost prices of works by other artists in the genre. “It wasn’t until these instances that we were able to sell Romare Bearden collages for six figures. With no known auction records no one knew how to price or even market these works. The demand was always there, but I never knew why there wasn’t any supply,” Freeman said. His Swann Galleries – one of the few that deal African-American Art – enjoyed their own success when an Aaron Douglas painting sold for $600,000, over five times its high estimate.

Today, with works such as Black Like Me (by Glenn Ligon), Sky Light and Watusi (Hard Edge) by abstract artist Alma Thomas gracing the White House walls, art by African-American artists is being sought out more than ever before. Speaking on behalf of the President and his family, a White House representative stated that the Obamas wanted to “round out the permanent collection” and “give new voices” to modern American artists of all races and backgrounds. That being said, next month’s exhibits are important social and political reflections relevant to modern American culture. And both 30 Americans and Now Dig This! have a lot to say about the history of this culture.

Each show is unique, but they have some common ground: the theme of resolving historical and cultural identity are prevalent in both shows, and both feature a multitude of groundbreaking artists, whose works reflect the effect of contemporary society on the individual.

Originally featured at the Rubell Family Foundation in Miami, 30 Americans is an extensive survey of artwork by many of the most influential African-American artists from the past thirty years, and includes the works of both established and emerging artists. The artwork in this show covers a variety of time periods and media. From celebrated artists like Jean-Michel Basquiat (also known as one of the most preeminent graffiti artists – his works helped define the early days of Urban art), Kerry James Marshall, Kalup Linzy and Wangechi Mutu, to emerging artists such as Nina Chanel Abney and Noah David, the show covers all aspects of racial identity in a modern American context. Consisting of 76 paintings, sculptures, photographs, videos and drawings, these evocative works have been re-conceived at the Washington, D.C. venue, emphasizing the notion of artistic community that spans across generations. The show examines how the artist contends with the concept of Black identity in the United States, touching on issues reflected in popular culture, the media, and the fight for civil rights. Simultaneously, these subjects are addressed through the creative legacy of the artists from three decades, highlighting the sense of community created by art, and how more recent artists are influenced by the works of their predecessors.

Also exploring the effect of history and nationhood on cultural identity is the Hammer Museum’s Now Dig This! Art and Black Los Angeles 1960-1980. The show is part of the stellar Pacific Standard Time initiative, a collaborative event featuring over sixty cultural institutions across Southern California, illustrating the birth of the L.A. art scene and its significant impact upon the art world. Discussing Now Dig This! with regards to Pacific Standard Time, Hammer director Ann Philbin remarked, “…[it] reveals a specific moment when a group of African-American artists, galleriests, writers, and collectors generated a nexus of creativity and influence that is largely unknown to the general public.”

Now Dig This! is a comprehensive exhibition comprised of 140 works from 35 L.A.-based artists rarely seen in a formal museum setting. Covering two decades, the show explores the legacy of L.A.’s African-American artists and how their contributions have impacted both the art world and the infamous “city of angels.” Through the works of artists such as Betye Saar, Noah Purifoy, Maren Hassinger, Melvin Edward and Fred Eversley, Now Dig This! provides an expansive view of how these artists were essential to the formation of the U.S. art scene during the postwar era, and how vastly the landscape of the art world changed over this period of time. The show celebrates this multifaceted cultural history of L.A., and the richness of this complexity is evinced from the works the artists produced during the latter half of the 20th century. To expand on the historical threads in the show, Now Dig This! is curated by Kellie Jones, Associate Professor in the Department of Art History and Archaeology at Columbia University.

And if you happen to be in L.A. to catch the Hammer show, be sure to head over to the provocative photography exhibit Posing Beauty in African American Culture, now showing at USC’s Fisher Museum of Art (through December 3rd). Curated by Deborah Willis, this stunning array of works captures the way African-American beauty has been portrayed in the media, through photography, film, video, advertising, and music. Featuring over 84 works by celebrated artists like Robert Mapplethorpe, Carrie Mae Williams, and Cecil Beaton, these images illustrate how conflicting notions of beauty with regards to race, sexuality, and ethnicity have evolved over time, influenced by popular culture and American media.