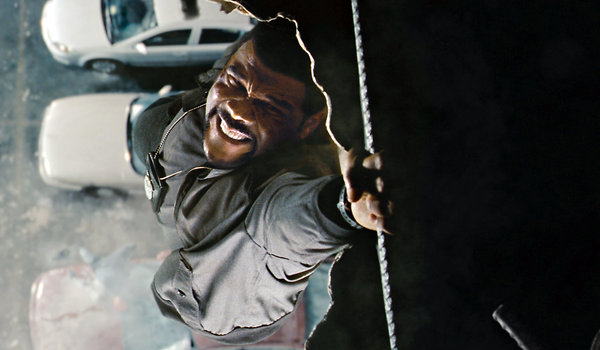 Trading Wig and Floppy Dress for a Badge

The Wikipedia entry for James Patterson’s fictional character Alex Cross includes this nugget of understatement: “Alex has had bad luck with women.” That’s for sure, as anyone knows who’s seen the films “Kiss the Girls” and “Along Came a Spider,” with Morgan Freeman as Cross, the brainy police psychologist who’s either chasing down killers of women or women who kill. Women are something of an endangered sex in “Alex Cross”: one, half-dressed in black lingerie, dies after all her fingers are methodically snipped off. Another is similarly tortured to death; a third is shot straight through the chest. Where’s Madea when you need her?

That question will flicker through the heads of those who watch Tyler Perry try to fill Mr. Freeman’s trench coat as the title character here. A grim, dispiritingly stupid waste of time, energy, money and talent, directed by Rob Cohen, this is the first installment in what one of its producers warned Entertainment Weekly would be “the new Tyler Perry franchise, a worldwide one.” Good luck with that, bud. Because in order to sucker anyone into watching a sequel, you will need to fire the writers and the director. And then you will need to help Mr. Perry rethink his performance, which lacks both nuance and the majestic, uncompromising wrath that makes Madea so memorable, a fury that’s philosophically epitomized in a line from “Madea Goes to Jail”: “If the gotters get me I’m gonna get my Glock.”

The ineptitude of “Alex Cross” can’t be pinned only on Mr. Perry. He’s a likable screen presence, even when not wearing Madea’s wig and bosomy padding. But he doesn’t have the skill that can lift a performance up, up and away from the substandard movie surrounding it, one of Mr. Freeman’s enduring, oft-tapped talents. (Mr. Perry replaced Idris Elba, who could have brought depth even to these shallows.) That “Alex Cross” would present a challenge for any actor is evident from its clumsy opener, a chase sequence with Detroit cops and some disposable bad guy that is so visually nonsensical, so maladroit in its staging and editing (it’s a fair guess that the editor didn’t have many good choices to work with), that it looks as if the cops were shooting at one another.

Things don’t improve, despite nice small turns from Carmen Ejogo as Cross’s wife and Giancarlo Esposito as a Motor City underworld boss, or even the unintentional camp pleasure provided by Matthew Fox’s eye-popping turn as the finger-cutting psycho. This obligatory sicko (the Butcher of Sligo in Mr. Patterson’s novel “Cross”) is called Picasso for the cubistic drawings he leaves at the scene of his crimes. The association of Modern art with villainy isn’t new in movies: Hitchcock had fun with it in a memorable quick bit in “Suspicion,” in which a detective distrustfully eyeballs an abstract painting. Here, though, much like the Louis Vuitton bag that the killer hauls around and the Cadillac he drives, Picasso is an empty signifier, suggestive of nothing beyond weird product placement and bankrupt thinking.