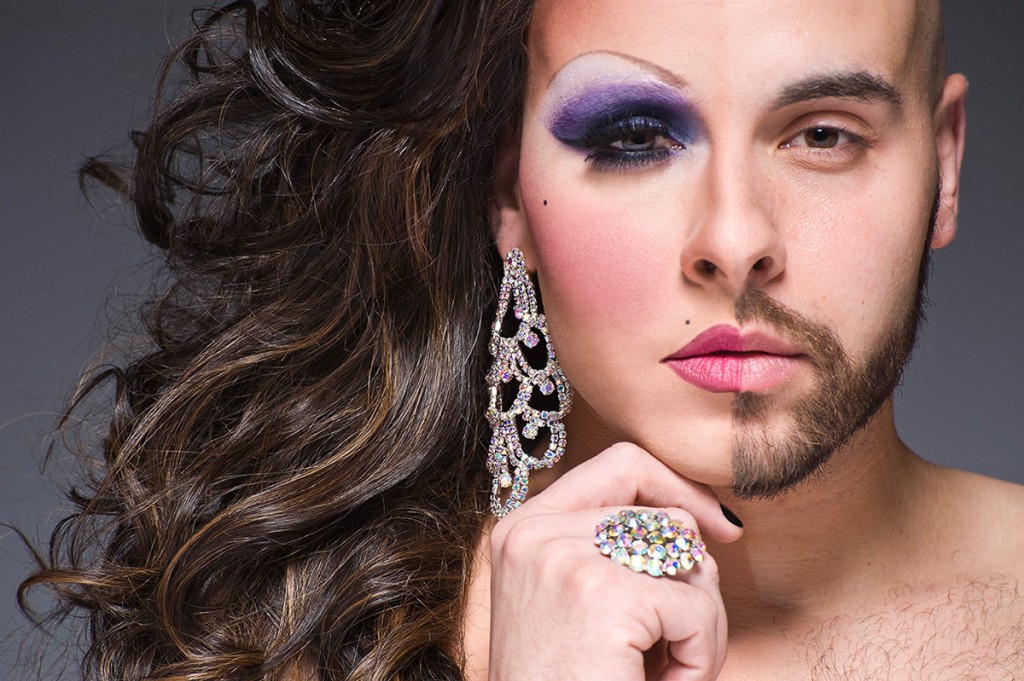 In his Half-Drag series, New York photographer Leland Bobbé captures the two sides of the city’s drag queens — the extravagantly made-up drag divas and the organic men that lie beneath.

Bobbé tells Huffington Post Gay Voices, “Through the power of hair and makeup these men are able to completely transform themselves and find their female side while simultaneously showing their male side.” Shockingly, the identities are composed in camera and are not separate images joined during editing.

Bobbé posted the first portrait of the Half-Drag series on his blog last March, writing, “I got great feedback on the image so I decided to reach out to other drag queens using Facebook as my main means of communication… I’ve now shot four people with many more on the way. We’ll see where this takes me…”

Five months later, the project has taken the award-winning photographer far: It has been featured in Italian Vogue, fashion site Refinery 29, as well as in other websites and blogs from around the world. Bobbé reflects, “This is what the term ‘gone viral’ is all about.”

Visit Leland Bobbé’s website and blog to see updates on the ongoing series and to view his other work.