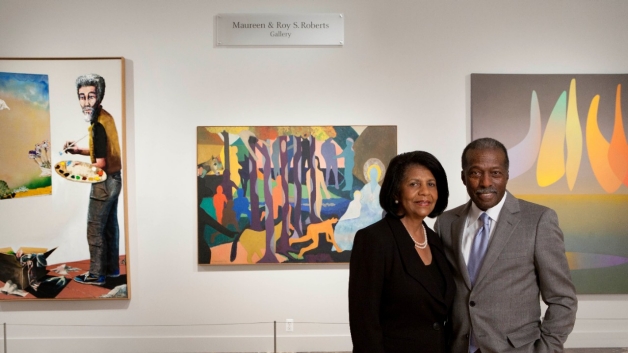 For decades Roy S. Roberts, a 40-year veteran of the automotive industry and former General Motors group president and his wife, Maureen, have shown their love for African-American art and culture with their philanthropy.

This May, in turn, the Detroit Institute of Arts (DIA), the only encyclopedic fine arts museum in the world with a curatorial department devoted to African-American art, displayed its appreciation for the couple. The DIA named its gallery of contemporary African-American art after them.

Roberts spoke of his and his wife’s love of Black art. “We leave this legacy with our children, to whom we’ve instilled the values of education, working hard and giving back,” he said.

In 1977, Roberts joined General Motors in 1977 and began a steady climb of increasing responsibilities. Four years late, he was the plant manager of GM’s Grand Rapids Plant #1. In 1983, he became the first African-American plant manager of GM’s assembly facility in North Tarrytown, New York, and upon retirement in 2000 was a company group vice president. Roberts is currently managing director and co-founding member of a private equity investment firm Reliant Equity Investors.

He received a bachelor’s degree in Business Administration from Western Michigan University and completed the Executive Development Program at Harvard Graduate School of Business.

Check out another patron couple of Black art: Bernard and Shirley Kinsey.