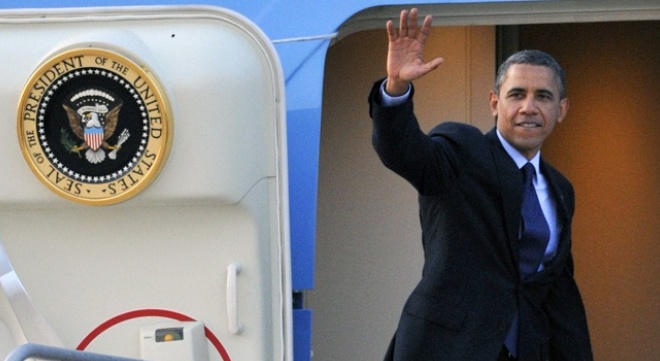 Six days before Election Day, with President Barack Obama returning to the campaign trail after taking a break to oversee relief efforts from Hurricane Sandy, two new polls show that African Americans, young adults, and first-time Latino voters will be critical to Obama’s re-election to the White House.

This week, in the final stretch of a deadlocked race, Jeremy Bird, the Obama campaign’s national field director, said the campaign is turning its attention to the African American vote.

“The African American community is solidly and overwhelmingly behind President Obama, because they know he is fighting for all of us, not just some of us,” Bird told reporters this week.

“Our campaign has been committed to organizing in the African American community for years, with our Barbershop and Beauty Salon program, congregation captains, and HBCU summits (Historically Black Colleges and Universities),” he added.

Bird said that over the last four years, the Obama campaign has recruited and trained members of the community to own and run the campaign in their neighborhoods.

“Now that voting has begun, we’re seeing it at polling places across the country,” Bird said. “The pictures and the numbers tell the same story: African Americans are committed to doing everything they can to re-elect the president.”

Obama returns to the campaign trail on Thursday with stops in Wisconsin, Colorado and Las Vegas. And this weekend, Obama will crisscross the country asking for votes from coast to coast. On Saturday, Obama will deliver remarks at grassroots events in Mentor, Ohio; Milwaukee, Wisconsin; Dubuque, Iowa and Bristow, Virginia. On Sunday, the president will campaign in Concord, New Hampshire; Ft. Lauderdale, Florida; Cincinnati, Ohio and Aurora, Colorado.

The president has the support of 73% of all Latino registered voters, compared to 21% who favor Romney. The 52-point gap matches the largest gap among Latinos this year, also found in the Oct. 1 tracking poll.

“Those are remarkable numbers on the economy, given that Romney’s strategy to win back Latinos has been to campaign on jobs and hope that trumps immigration,” according the survey.

The poll says Latinos believe the economy is the most important issue in the presidential campaign that Romney and the Republican Party has been unable to convince Latino voters that the GOP can improve the economy and put people back to work.

In a separate survey conducted by Tufts University’s Center for Information and Research on Civic Learning and Engagement (CIRCLE), the poll concluded that if the election were held today, Obama would win the youth vote by 52% to 35%.

Support for Obama rose more than 7 points among likely voters: up from 44.4% in July while support for Romney is down slightly from 36.9% to 35.1% among likely, registered voters, according to the poll.

“The racial and ethnic group breakout shows that there is a rise in intent to vote among the three groups whom we polled in large numbers, with an impressive three quarters of Black youth intending to vote,” said CIRCLE Director Peter Levine.

The poll asked young people to pick their top issue. The percentage of youth who chose “Jobs and the Economy” rose and it remained the number-one issue, at 37.9%.

Here are some key findings:

Alexandra Acker-Lyons, director of the Youth Engagement Fund, said young Americans are a critical voting bloc to both campaigns.