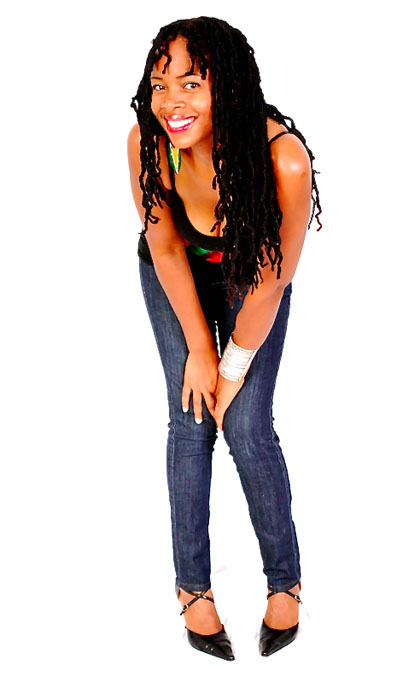 Have you ever come across an amazing work of art and thought, “I wonder what the story is behind this piece?” Well, after looking through painter Tamara Natalie Madden’s collection, you will undoubtedly be asking yourself, “What’s the story behind this artist?” Madden’s self-taught gift for painting actually stemmed from a life-threatening kidney illness that she battled as a young girl. Thankfully, Madden conquered the illness thanks to her (at the time) long-lost brother who agreed to a kidney transplant. Painting continued to serve as an expressive tool long after her recovery. Madden may have come to the United States in her teenage years, but the large influence that Jamaica, her mother country, has had on her work can be found in the bright colors and organic textures that she uses. In honor of her astounding project “Never Forgotten,” Madden has recently received a grant from the Puffin Foundation. For more information on Tamara, please head to her website http://www.tamaranataliemadden.com/.

BLACK GIRLS ROCK: How did painting help you battle your illness? Do you consider painting a therapeutic art form?

Tamara: I suffered from a rare form of kidney disease called IGA Nephropathy, in my early twenties. It was a shock to my young mind. Illness is never expected at that age, but I didn’t seek relief until I really began to see the effects of the disease. I had always sketched, and done pastel work, but I really began to delve more deeply into it when I became ill. The dialysis treatments were the most challenging: physically and emotionally.

My saving grace was my sketchbook, and my headphones. They helped me to escape the reality of what I was dealing with, somewhat. Drawing and painting became my only means of freedom during those times. I know that creating art is therapeutic. It soothes the mind and soul, and that’s essential when people are troubled by their difficult realities. I’m not sure where I would be if I didn’t have art as an option.

BLACK GIRLS ROCK: As a young woman, who were some of your mentors and influences?

Tamara: My first influences were my Uncles. Both of the uncles that I interacted with were Rastafarians, and they were both highly creative. My uncle Carl was the most influential because he lived with us. He would make woodcarvings out of scraps, and I would sit and watch him in awe. I was completely fascinated by the process. He also drew pictures in pencil, and that was a source of inspiration, as well.

Many of my influences also came from the books that I read, and the images that I would see on the covers, and sometimes inside of the books. Not only would I study the words, but I also studied the images.  When I got older, and came to America my mother had a friend who was an artist, and her watercolors enthralled me. I have to say though, that one of my greatest mentors was an art teacher in summer school when I was 14. I don’t know his name, but I’ll never forget him. He taught me how to draw faces, albeit Caucasian faces, but faces nonetheless. At the end of the year, he told me that he could see my passion for art, and he encouraged me to keep at it. He gave me all of the left over art supplies. I never forgot that, or him because his encouragement made me believe that the possibility was there.

Black Girls Rock: What are some sources of inspiration for your paintings?

Tamara: Everyday people, hard working people who are often overlooked, inspire me. I began painting them in their literal form; many of them were working, cleaning, carrying baskets, and raising children. As I remembered these people from Jamaica, I remembered how beautiful many of them were internally. They were neighbors, and friends who would share a meal with you, even though they barely had enough to give. They would come by and help you clean, or sit and keep you company during trying times. Many had their own internal struggles that they were dealing with, but once they opened their mouths, they talked about their blessings, and they praised God relentlessly.

These people are often judged and looked down upon by society, and I found that when I painted them, the same thing happened; they were judged and looked down upon. I decided that it was important for them to be seen for who they were intrinsically. The kings and queens are my interpretation of those people and their internal & eternal beauty. The paintings make you stop and stare and wonder who these people are, when before, no one gave them a second look.  Beauty is so much more than physicality, and though my paintings may capture a beautiful essence, that essence belongs to the soul of the people that I’m inspired by. The birds are a personal symbol of my freedom from dialysis, and illness.

Black Girls Rock: What has been your greatest challenge in your career?

Tamara: The sacrifice. Being an artist requires a lot of sacrifice. It requires patience, and faith. It can be a challenging journey with lots of bumps along the way. Unfortunately, in the art world, I’m not just considered an artist; I am ‘black’, then ‘woman’, then ‘artist.’ All of those titles present there own unique set of obstacles. In addition, to trying to meander my way through the visual art world, while being taken seriously, and not loosing my integrity; I have to be an educator. It’s essential that the new generation of black children learn about the arts, and the value of the arts. They need to understand that art is an investment, which will benefit them for many generations. They also need to know that art is the keeper of history in many cases; it’s an essential doorway to their ancestors.

Black Girls Rock: Do you have any advice for young women of color interested in the arts?

Tamara: My advice is to never stop dreaming, never stop believing, and never stop challenging yourself. You have to strive to achieve your personal best. Don’t ever compare yourself or your work to others because no one in this world can do what you do. Each person is truly unique, so you must embrace that.
The other piece of advice is to throw your ego out of the window, and stomp on it!

In order to grow, you have to take some level of criticism. It may hurt, but it makes you better at your craft. Art is not a business for the faint of heart, so if you feel like you’ve got the gift, the willpower, and the faith, then dive on in…and forget the life jacket, it’s sink or swim. My mantra: “The future belongs to those who believe in the beauty of their dreams.”