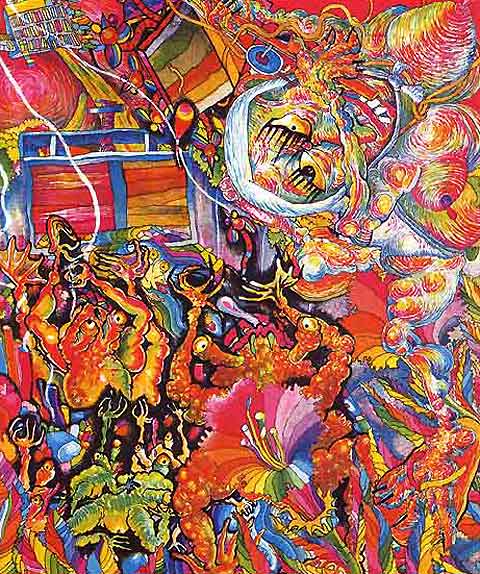 Supakitch and Koralie started off as two street artists in France until they found each other and united. The artist couple creates work consisting of many different materials and layers, which are heavily influenced by Japanese art and animation.

Most of Supakitch & Koralie’s work can be seen on streets and on large indoor walls. Subjects in the work are most often from Japanese culture, such as geishas and dragons. The couple’s engagement was just as artistically creative as their work itself: Supakitch proposed to Koralie by first creating a mural of a male character standing next to a female character, a thought bubble above his head with a diamond ring and a question mark. Koralie was given her own thought bubble to past onto the mural to accept the offer. They have been together and creating work ever since.