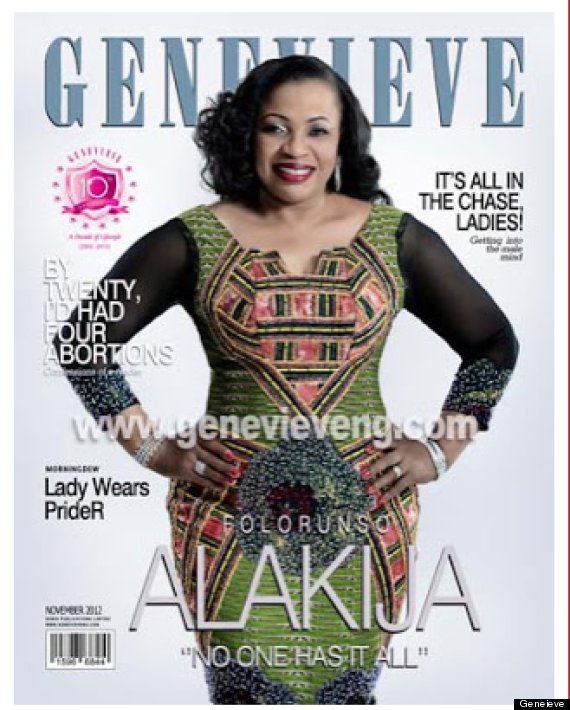 We didn’t think it was possible, but Oprah Winfrey has been dethroned as the richest black woman in the world. The new leading lady is oil baroness Folorunsho Alakija from Nigeria.

While drilling oil has reportedly made the 61-year-old owner of FAMFA Oil Limited a very rich woman — she is estimated to be worth at least $3.2 billion — Alakija started her ascent to financial supremacy in fashion.

Born into a wealthy family, Alakija studied fashion design in England back in the ’80s and soon after founded the Nigerian clothing label Supreme Stitches. Her one-of-a-kind creations were worn by the who’s who of African society, quickly making her the premier fashion designer in the West African country. In fact, she has been called one of the “pioneers of Nigerian fashion” and stays connected to the industry through the Fashion Designers Association of Nigeria (FDAN).

The well-heeled businesswoman and philanthropist made the switch to oil in 1993 and the rest is history. From the images we were able to dig up of Alakija, she is quite the fashion plate (read: eccentric dresser). But when you’ve out-earned the Queen of All Media by approximately $500 million, you’re allowed to wear whatever you want.

Ventures Africa reports that Alakija owns at least $100 million in real estate and a $46 million private jet. And can you imagine what her closets look like? Move over, Imelda Marcos!

Check out Alakija looking very lovely (and rich) on the November 2012 cover of Geneieve magazine in a dress by Iconic Invanity.