Soledad O’Brien: Who is black in America? I am (Video) 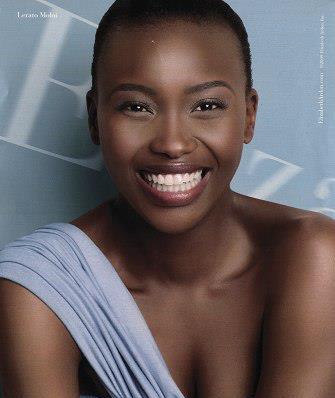 Editor’s Note: In today’s United States, is being black determined by the color of your skin, by your family, by what society says, or something else? Soledad O’Brien reports “Who Is Black in America?” on CNN at 8 p.m. ET/PT this Sunday, December 9.

(CNN) – Yaba Blay, Ph.D. created the (1)ne Drop Project, a multiplatform endeavor that hopes to challenge perceptions of black identity. Blay, a consulting producer for “Who Is Black in America?” spoke to hundreds of those who may not immediately be recognized as “black” based on how they look, including CNN Anchor Soledad O’Brien.  In this edited excerpt from her forthcoming book, Blay spoke to O’Brien about what makes a person black, and why the conversation is important.

Yaba Blay: How do you identify? Racially and culturally?

Soledad O’Brien: I’m black. I’m Latina. My mom is Cuban. Afro-Cuban. My dad is white and Australian. And I think because of my job, often a question like “How do you identify?” is really not about the question. It’s always “What side are you on?” “What perspective to you bring?”

Blay: I remember when “Black in America” first came out, and a lot of people being like “Who is she and why is SHE doing this?”

O’Brien: I think it’s a valid question. I think every question is valid. I just don’t think there should be a rule like “Oooh that is the question that shall not be asked.” I’m happy to answer any question. And I think also there is sometimes a hostility in that question. Especially around “Black in America.” You know, “Who are you that gets to tell our story?” And I understand that, too.

You know, white people really have a luxury in that they get a range of stories, that they’re not defined by five stories. So I think that the difference with “Black in America” was the filter did matter. That there are only going to be five stories and we want to know exactly who you are and what your credentials are to be telling our story. And I don’t think you can do documentaries and opt out of the conversation. You know, it’s not “Well you know that’s about them, not about me.”

Blay: Have you had that experience of people asking you, “What are you?”

O’Brien: Oh my God yes! All the time. People tweet me that question. I used to take great offense – like immediately sort of get annoyed, partly because I don’t think that came from a very good place. I think I read it as sort of questioning my value and reasons for being wherever I was. But now I think it’s twofold: one, I think that because I’m a journalist, people are really just trying to understand – “You’re somebody I see on TV, but I don’t know you in person so who are you?” Then, two, I think that part of my job as a journalist is to educate people about stories in a way and some of these stories I’m part of that story.

I think I was part of “Black in America” even in the context of who is the filter of the story and so it became relevant, so I really stopped hating answering that question because I felt like my job is to elaborate and explain for people who I am. I think it’s relevant. I think because of the reporting that I do I sort of owe people that answer.

Blay: So why do you think the questions are coming? Why are there questions about why Soledad is doing “Black in America?”

O’Brien: Some of it is physical presentation. I think that some of it was that I’d been anchoring shows that weren’t dealing specifically with African-Americans so it was kind of like “What are your politics? What’s your perspective? Who are you?” I think sometimes it’s as straightforward as that.

At screenings for “Black in America” I’ve heard people say, “Well you know I never thought you were black until you did Katrina and then I thought you were black.” And I’d say, “That’s so fascinating. What was it that made you think I was black?” And then someone else would say, “Yeah, but she’s married to a white man.” And I’m like “OK, so does that make me less black and how in your mind does that math work? That there’s a certain number and if you get below that number because you get points for who you marry and you lose points for where you live and how you speak?”

Blay: So what makes a person black?

But now I understand what she was going for. And I am very grateful for those conversations because I think it implants in your head sort of the perspective that my parents wanted us to have. We were raised that way in a place that was often not particularly hospitable and sometimes out and out hostile to people of color. I guess my parents taught me very early that how other people perceive me really was not my problem or my responsibility. It was much more based on how I perceived me.