6 Ways the Fiscal Cliff Deal Will Impact the Art World 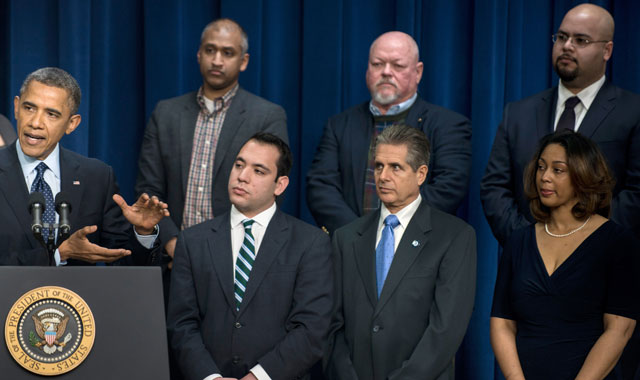 Last night, the House of Representatives finally voted to pass a measure ending the “fiscal cliff” battle. A failure to reach accord threatened to impose a sudden tax hike for Americans across the board, but also to gouge funding for nonprofits, so-called “entitlement” programs, and cultural organizations. In the end, Democrats and Republicans both made concessions, and the results promise to affect arts organzations in a variety of ways. Here’s a look at six aspects of the deal that will impact the art world, for better or worse:

1. While middle- and lower-income Americans were granted permanent tax relief, individuals earning above $400,000 and households earning above $450,000 will see a tax increase of close to 5 percent. Of course, that echelon — and the stratosphere beyond — is the domain of most prominent art collectors. So will the dent in their pocketbooks decrease the likelihood that they will patronize the arts? Nina Ozlu Tunceli, chief counsel of government and public affairs for Americans for the Arts, doesn’t think so. “The research shows that the higher the tax rate, the more incentive you have to reduce your tax bill by giving to charity,” she said. “But the best indicator of positive charitable giving is a strong economy. So if this leads to stronger economic growth, then charitable giving will be part of that economic bandwagon.”

2. One of the bigger victories for nonprofits is that Obama’s proposal to cap charitable deductions at 28 percent for higher-income households ($200,000+), regardless of their tax bracket, never came to fruition. That means that charities needn’t have as much fear that donors will stop giving to a cause because the tax benefit is not there.

3. In exchange for forgoing that cap on charitable tax incentives, however, the President reinstated what’s known as the Pease Amendment, a law named for the late congressman that was in effect throughout the 1990s. Under the new law, high-income taxpayers — defined as a single person making $250,000 or a married couple earning $300,000 — can deduct a smaller percentage of charitable donations, a figure that’s calculated in proportion to their income. “Obama’s not out to get charities, he’s out to raise revenue,” said Ozlu Tunceli. “But the key here is that reimposing the Pease limitation on itemized deductions will likely have a negative impact on incentives for charitable giving.”

4. Most of the public was probably not aware that one of the more surprising backroom proposals would have involved instituting a kind of nonprofit hierarchy: groups that address more urgent causes, like hunger and homelessness, would have received better funding, perhaps tax credits rather than deductions, while others, like arts programs, would have gotten less. (Some legislators wanted the plan to go even further and revoke the 501c3 status of educational groups altogether.) This never went through — but the fact that it was on the table might send chills down the spines of art supporters.

5. Another win for nonprofits: the extension of the IRA Charitable Rollover. Basically, when a person who owns an IRA account hits a certain age, they’re required to withdraw money, which in turn gets taxed. But since account holders don’t always actually need the money — they’re withdrawing it only out of obligation — they sometimes donate it to charity. Because of the extension of the law, that money doesn’t then get taxed. As part of the new deal, charitable groups will continune to receive the full amount of such donations rather than the taxed amount.

6. If the government went over the fiscal cliff, most areas of federal expenditure (including the military) would have been hit with an automatic 8-percent budget cut. That’s not going to happen, for now — but many organizations are not in the clear. Those automatic cuts, known as sequestration, have only been postponed for two months. After that, lawmakers will again debate which areas should continue to receive funding. For the arts, Ozlu Tunceli predicts that popular institutions like the National Gallery of Art and the Smithsonian will probably continue to receive support from the government. But more controversial groups, like the National Endowment for the Arts, which has already had its funding slashed repeatedly in recent years, may not fare as well.

All of which is to say that this debate is far from over.