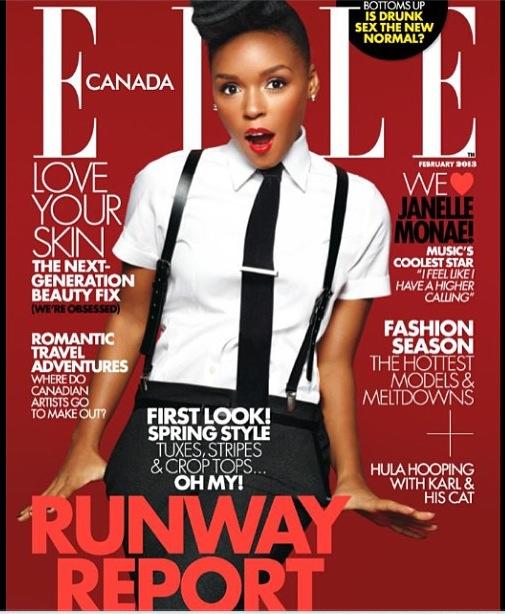 eing selected to grace the cover of

ELLE magazine is a huge deal, one reserved for some of the world’s biggest celebs, like Octavia Spencer, Solange Knowles and Gabourey Sidibe. Well, now singer Janelle Monae can add her name to the star-studded list.

The 26-year-old entertainer is the official cover girl for the February 2013 issue of ELLE Canada. Dressed in her signature black-and-white menswear threads and pompadour ‘do, which she calls “The Monáe,” Janelle strikes a pose with a look of astonishment on her face.

But Janelle shouldn’t look so surprised on the cover. After all, she just capped off 2012 with a CoverGirl contract, landed a sweet endorsement deal with Sonos (we love that commercial) and snagged a few Grammy nominations for her “We Are Young” collaboration with indie rock group Fun. It looks like 2013 is shaping up to be just as fab! 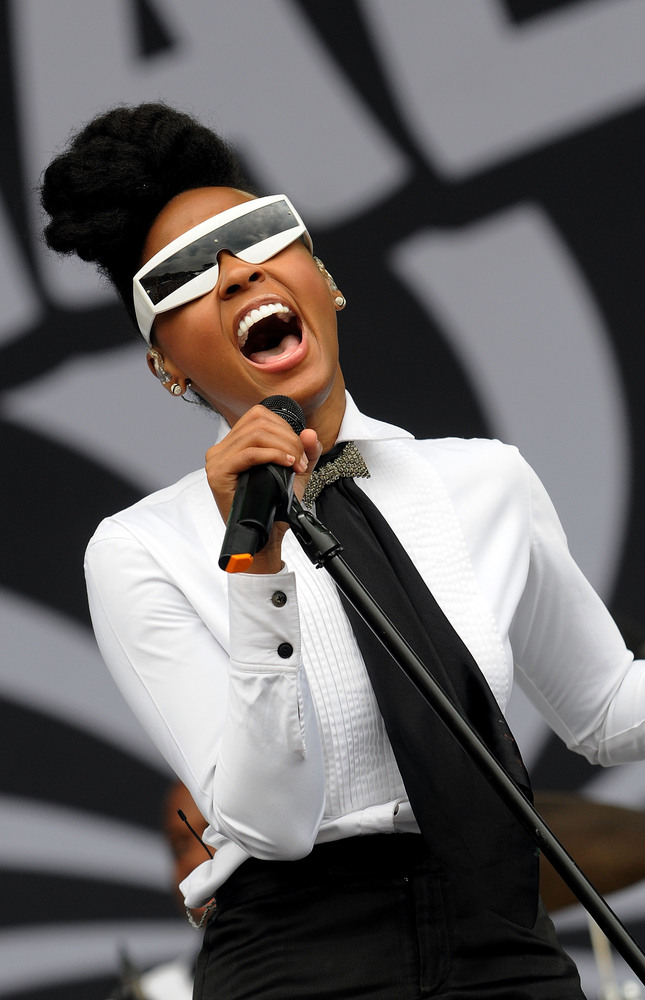