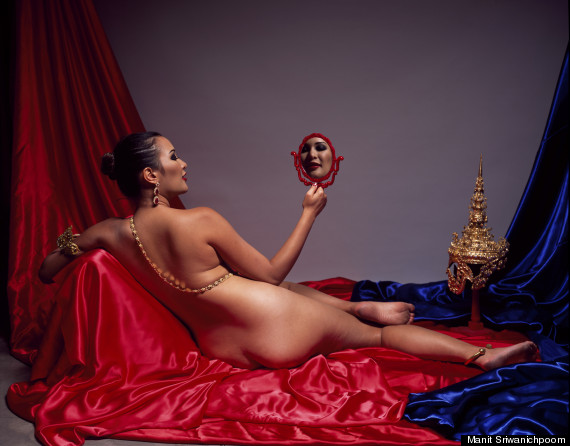 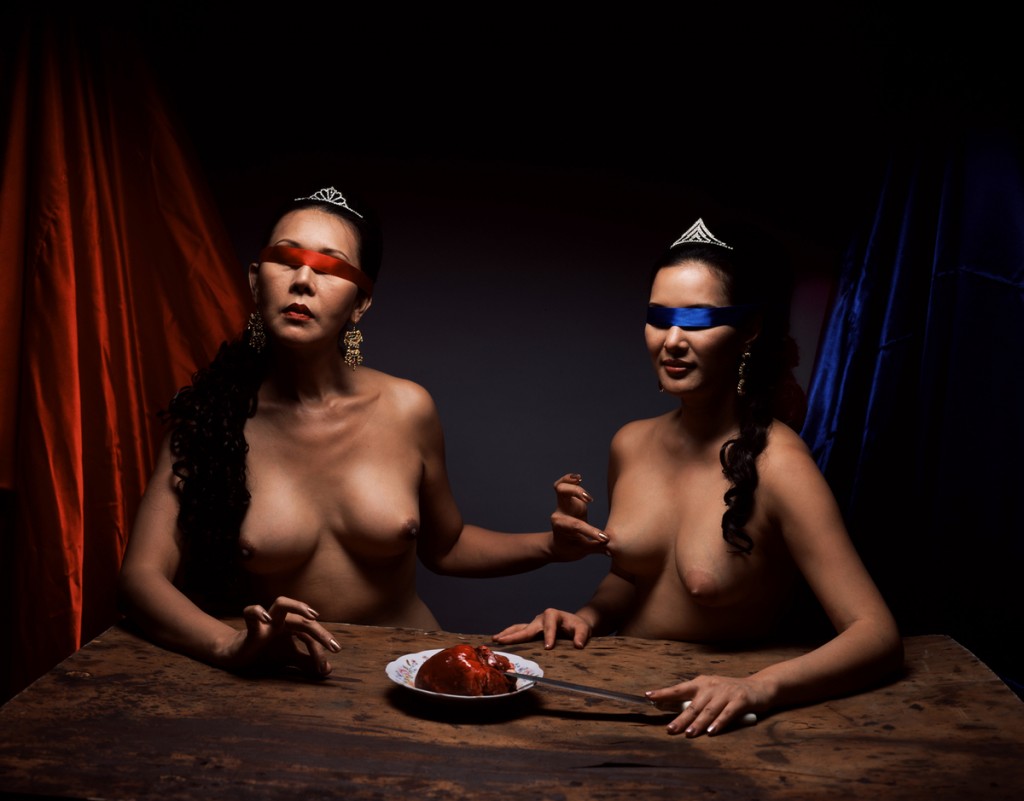 As the new year brings a new barrage of self-declared “shocking” art exhibitions, how does an artist actually unnerve a largely desensitized audience? Thai photographer Manit Sriwanichpoom‘s new exhibition “Obscene” delivers with an unusual combination of eroticism and introspective insecurity.

The confrontational images contain deeper meaning than merely an uncanny resemblance to sci-fi tropes, however. In fact, the images represent Sriwanichpoom’s sexual insecurity as he contemplates his balding head and loss of virility.

The gaudier portion of the show, titled “Obscene,” features sumptuous Baroque nudes in various poses. Sriwanichpoom criticizes and exaggerates vulgarity while reveling in it a bit himself with his seductive models sporting Thai nationalist colors and opulent golden accoutrements. In one image, a female nude holds the Thai constitution in one hand and a gun in another, which acts as a not-so-subtle swipe at government power and corruption in the Southeast Asian country.

“Obscene” is currently on view at H-Gallery Chiang Mai in Thailand. Get a taste of the subversive subject matter below and let us know if you think the NSFW artwork is as “obscene” as the gallery and artist both claim.