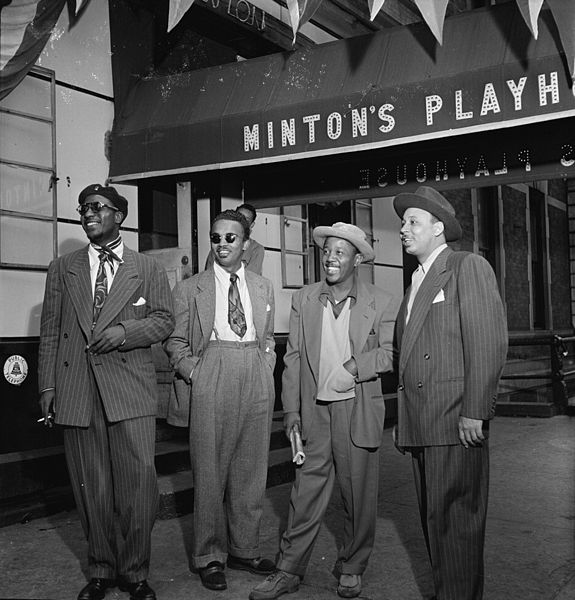 This old dive in Harlem has been shuttered for about as long as it had been open. Yet Minton’s Playhouse will always be known as the cradle of bebop, where the likes of Dizzy Gillespie, Thelonious Monk and Charlie Parker jammed into the night.

But on a recent frigid morning, there were signs of life, a steady beat with far-reaching reverberations: hammering inside by construction workers, and a public hearing notice for a liquor license taped to the window.

The applicant is Harlem Jazz Enterprises L.L.C., led by the businessman Richard D. Parsons, who played trumpet growing up in Bedford-Stuyvesant, Brooklyn; headed two Fortune 500 companies, Citicorp and Time Warner; and has always wanted to open a jazz spot in Harlem. “I love jazz,” Parsons said in an interview. He recalled the snappy supper clubs of the 1950s and ’60s, when good music and good food made uptown “something special.”

“And you must know the whole story,” he continued. “I took my senior prom date to a place called the Hickory House, and we heard Billy Taylor. And I still remember it. It was my first adventure in being a grown-up, to listen to some good jazz.”

Parsons said such clubs had disappeared. “They have some jazz venues,” he said. “But most of them you wouldn’t go to eat. And the elegance has kind of left the building.” His aim, he said, “is to try to create that feel.”

Recently, there has been a turnover of jazz clubs in Harlem. The popular St. Nick’s Pub, which opened in the ’60s, shut down in 2011 after the police raided it for not having a liquor license. The site of the well-known Lenox Lounge began the new year with a new owner, Richard Notar, a former managing partner in the Nobu restaurant chain. The previous owner of the Lenox Lounge, who has trademark rights to the name, plans to open a new venue on Lenox Avenue.

Past efforts to revive Minton’s Playhouse have sputtered.

Henry Minton, a tenor saxophonist, opened the club in the late 1930s on the first floor of the Cecil Hotel. About 40 years later, it closed, and the city seized the property from the landlord, Cecil Hotel Corporation, for back taxes. In 1987, the city handed it to the Harlem Community Development Corporation, which made Housing and Services Inc., a nonprofit, low-income housing developer, the landlord. The building became an apartment complex for formerly homeless adults.

In the mid-1990s, a group of investors that included Robert De Niro and the restaurateur Drew Nieporent was interested in the Minton’s Playhouse space, as was Quincy Jones. In 2006, the jazz club impresario Earl Spain, after leaving St. Nick’s Pub, reopened Minton’s, only to see it close in 2010.