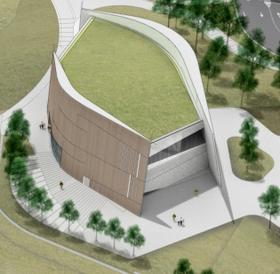 Atlanta’s National Center for Civil and Human Rightshas taken another

Although the center broke ground last summer, major construction on the downtown site had to wait until the permitting process was completed.

Now, the stage is set for work to begin.

Contractor Holder Construction Company recently filed for land development permits at 100 Ivan Allen Jr. Boulevard, the site of the center, according to the City of Atlanta.

In December, Doug Shipman, chief executive officer of the center for civil and human rights, told SaportaReport.com that the center is on schedule to open in spring 2014, and that the public could expect to see cranes on the site in February.

The center will join other downtown attractions, eventually sharing the same block as the Georgia Aquarium and the World of Coca Cola.