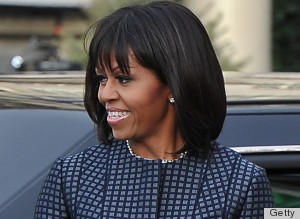 At the presidential inauguration Monday, all eyes will be on Obama. But it’s also a time for us to celebrate the First Family — particularly First Lady Michelle Obama, who turned 49 this week.

At the last inauguration, we couldn’t take our eyes off Michelle, not just because she looked stunning, but because we wondered how she would define herself in her new role. Since we haven’t had a woman president (yet!), presidents’ wives have so far been the female face of the presidency and also in many cases reflected the social issues of their era. See Betty Ford‘s support for the ERA in the 70s and Hillary Clinton’s controversial statement after years of climbing the 80s career ladder, “I suppose I could have stayed home and baked cookies and had teas, but what I decided to do was to fulfill my profession.” A few of them in have especially captured our admiration (you all know how we feel about Hillz), so this seemed like the appropriate moment to commemorate their characters and contributions. How? With a little quiz.

If you were First Lady, who would you be most like? Do you prefer to change things from behind the scenes, like Abigail Adams, or out in the open like Hillary Clinton or Michelle Obama? Are you willing to speak publicly about an illnesses or addiction to reduce stigma around it, as Betty Ford did, or do you prefer to work out your issues in private like Eleanor Roosevelt? Take the quiz below to find out: click here