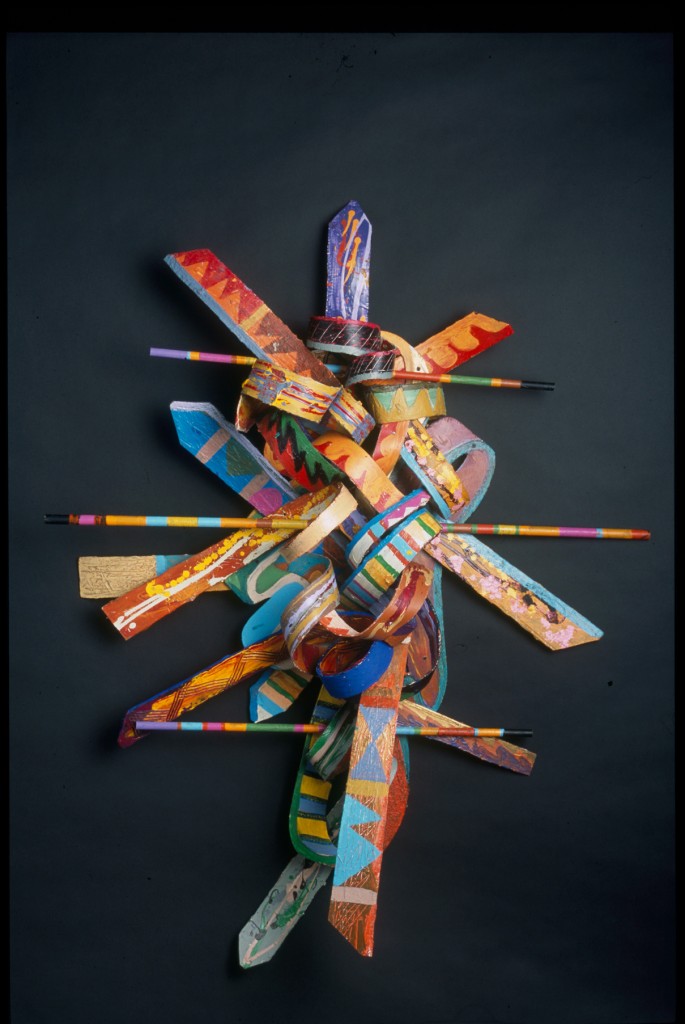 When I turned eighteen years old, my grandfather stressed the importance of voting by taking me to a tree where he was told that African-Americans were lynched by their neckties on their way to vote.  The experience left a profound impression in my mind.

While evolving from a more expressionistic place to one of abstraction, the tie has also evolved.  Since 1992, I have deeply explored the interplay between color and music, particularly influenced by the musical art forms born out of African American culture: such as Jazz music, R&B, Hip-Hop, Gospel, and Blues.  Additionally, my journey has led me to the incorporation of other idioms and symbols that go beyond American existence. Listen to more………….

According to Halima Taha Ph.D. [collectingafricanamericanart.com] , author of  Collecting Works on Paper and Canvas (1998) , Kevin Cole, works in a range of mediums, uses repetitive forms and color to create three dimensional structures that invite those who experience his work to reflect upon abstracted references to a necktie used for status, beauty, fashion and the destruction of human life. She further states that “Cole’s work celebrates history, survival, and a personal memory of a time and place.”

David C. Driskell, Distinguished University Professor of Art, University of Maryland observed, “I walked into Kevin’s studio with large northern windows and was immediately surrounded by a series of powerful wallworks that creatively bestride both paintings and sculpture done in an unusually accomplished manner.”