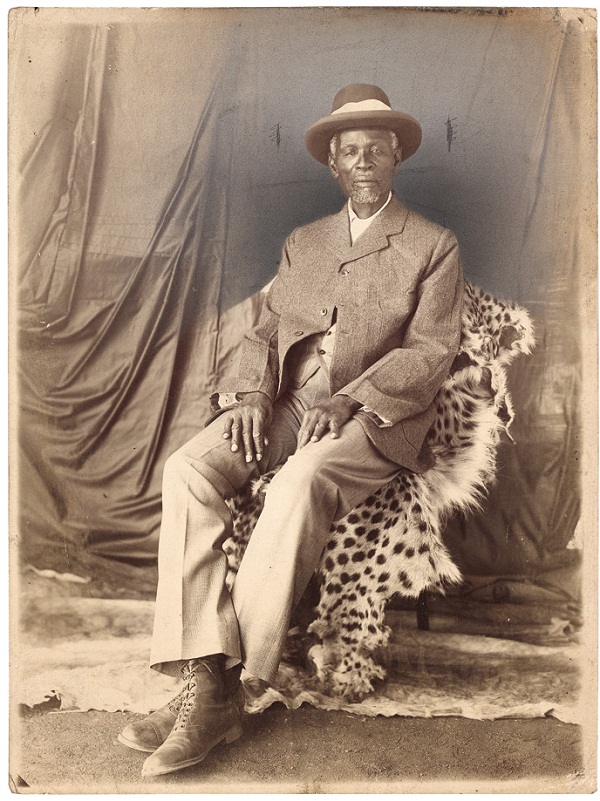 Distance and Desire: Encounters with the African Archive
Part III: Poetics and Politics
March 22 – May 18, 2013
Opening Reception: Thursday, March 21, from 6pm-8pm
THE WALTHER COLLECTION PROJECT SPACE
508-516 West 26th Street, Suite 718
New York, NY
The Walther Collection presents Poetics and Politics, the third and last exhibition in the series Distance and Desire: Encounters with the African Archive, curated by Tamar Garb. Poetics and Politics features an extraordinary range of vintage portraits, cartes de visite, postcards, and album pages from Southern and Eastern Africa, produced from the 1870s to the early twentieth century. The exhibition makes visible both the ideological frameworks that prevailed during the colonial period in Africa and the exceptional skill of photographers working in the studio and landscape.
The culmination of Distance and Desire, Poetics and Politics offers a remarkable opportunity to view the narratives that emerge from this African photographic archive, describing in particular the experience of the studio — the curiosity between subject and photographer, the negotiations of costume and pose, and the will for self-representation.
The exhibition investigates typical European depictions of Africans, from scenes in nature, to sexualized images of semi-nude models, to modern sitters posing in elaborate studios, critically addressing the politics of colonialism and the complex issues of gender, race, and identity. Among over 65 vintage prints, “Poetics and Politics” includes a selection of elegant studio portraits by Samuel Baylis Barnard, one of Cape Town’s most prominent nineteenth century photographers.
Original album pages of landscapes and ethnographic imagery are displayed alongside a series of carte de visite portraits of African subjects, distributed in the 1870s from the Diamond Fields of Kimberley, South Africa. The exhibition also features several double-sided displays of album pages, showing striking combinations of personal and stock images, and the juxtapositions of prominent figures in both African and Western contexts.
Distance and Desire is accompanied by an extensive catalogue, published by The Walther Collection and Steidl, and edited by Tamar Garb. Including twelve original essays, the catalogue offers new perspectives by contemporary artists and scholars on the African archive, reimagining its diverse histories and changing meanings. On June 8, 2013 the expanded exhibition incorporating all three parts of Distance and Desire: Encounters with the African Archive will open at The Walther Collection in Neu-Ulm, Germany.
GALLERY TALKS
Saturday, March 23, at 3pm
Tamar Garb on Distance and Desire
Tuesday, April 9, at 7pm
Hlonipha Mokoena and Cheryl Finely
in Conversation on
The South African Photo Album
Posted 2 days ago by Black Artist News