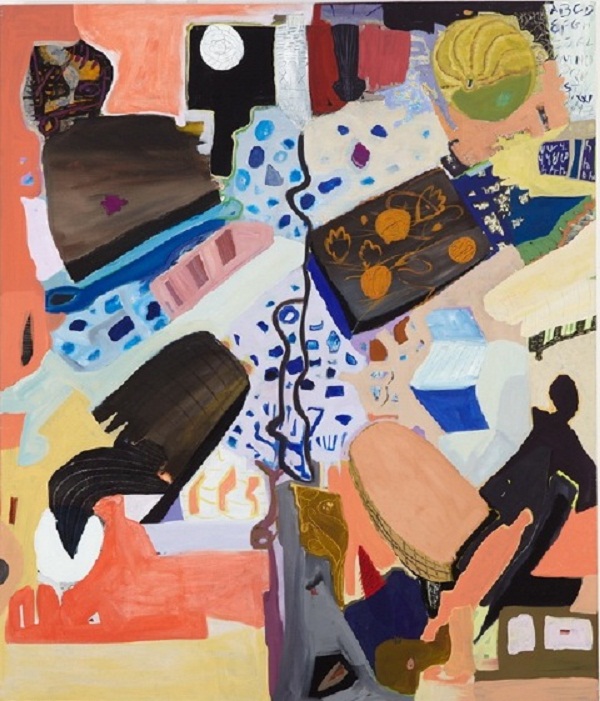 March 30–April 24, 2013
Opening Reception: April 5, 2013
ARTSPACE
50 Orange Street (corner of Orange & Crown)
New Haven, CT
ArtSpace is delighted to present Ficre Ghebreyesus: Polychromasia. Opening on March 30, 2013, this retrospective exhibition will celebrate the work and life of the late Eritrean-born artist. While his paintings and photographs are in many private collections, this will be the first solo exhibition drawn from his vast body of work.
Polychromasia, or multicolored, aptly describes Ghebreyesus’s work, which is bursting at the seams with chromatic energy, kinetic form, and optical intensity. His paintings, pastels, and photographs bear witness to multitudinous sites of inspiration. Of his work, Ghebreyesus wrote:

…When I paint I am accompanied by dissonances, syncopations, and the ultimate will for life and moral order of goodness.   A trip to the market guaranteed a dazzling range of traditional crafts repeated from one generation to the next without ongoing critical intervention and independent of religious function.  These crafts included a dazzling range of works such as reed baskets and hand-spun, hand-woven embroidered cotton garments in exquisitely-resolved colors.  The caves near my mother’s village are full of prehistoric rock drawings and paintings.  My eyes took in all of this; my painting allowed me finally to process the seemingly dissonant visual information.

Ghebreyesus achieves syncretic brilliance. Framed by Eritrean crafts, textiles and architecture; the polyglot influence of world literature and philosophies; BeBop, modern jazz and polyrhythms of the African diaspora; as well as the masterworks of paintings populating the museums Ghebreyesus frequented, the works that have been selected for Polychromasia offer a survey of the myriad styles, mediums and scales that he worked in over his career. A catalog will feature texts by Anne Higonnet, Key Jo Lee, and Robert F. Thompson, as well as an introduction by Ghebreyesus’ wife, poet and scholar Elizabeth Alexander. The exhibition will feature accompanying events in conjunction with scholars and academic departments from Yale University.
About the Artist:
Ficre Ghebreyesus was born in Asmara, Eritrea. He studied painting at the Art Students’ League and printmaking at the Bob Blackburn Printmaking Workshop, both in New York City.  He also studied at Yale University, where he earned his M.F.A. in 2002 and was awarded the Carol Schlossberg Prize for Excellence in Painting at graduation. Ghebreyesus made his life in New Haven for almost thirty years, where he lived with his wife Elizabeth Alexander and their sons Solomon and Simon.  From 1992–2008, he was the chef/co-owner of the immensely popular Caffe Adulis that brought Eritrean cuisine to New Haven and New York City.  He also worked tirelessly on issues involving Eritrea and its independence.
About the Exhibition Organizer:
Key Jo Lee is a fourth year graduate student pursuing a joint degree in the History of Art and African American Studies. Her dissertation studies materiality and meaning in nineteenth-century African American photographic portraiture and includes a foray into contemporary African American artistic practice and contemporary conservation and restoration practices. She’s written several critical essays for emerging artists, including a long-form exhibition essay for the artist Felandus Thames for his September 2012 solo exhibition at the Jenkins Johnson Gallery. Ms. Lee’s other interests include images of and by African diasporic subjects as well as black visual humor, sartorial choice (especially the selective gender bending of 1920s and 1930s-era female performers), and black abstraction. She is a fellow with the Yale Office for Diversity and Equal Opportunity and a Robert E. Steele intern at the Yale University Art Gallery.
About the Events:
April 5, 5:00–7:00 PM: Opening Reception
April 19, 5:00–7:00 PM: An Evening of Music and Poetry, sponsored by the Yale Department of African American Studies. Featuring Yusef Komunyankaa, Tracy K. Smith, Kevin Young, and Aracelis Girmay.
About the Panel Organizer:
Elizabeth Alexander is a poet, essayist, playwright, and teacher. She has published six books of poems including American Sublime (2005), which was one of three finalists for the Pulitzer Prize and was one of the American Library Association’s “Notable Books of the Year.” Her two collections of essays are The Black Interior (2004) and Power and Possibility (2007), and her play, Diva Studies, was produced at the Yale School of Drama. In 2009, she composed and delivered “Praise Song for the Day” for the inauguration of President Barack Obama.  She is the Thomas E. Donnelley Professor of African American Studies and the chair of the African American Studies Department at Yale University.
Posted 3 days ago by Black Artist News