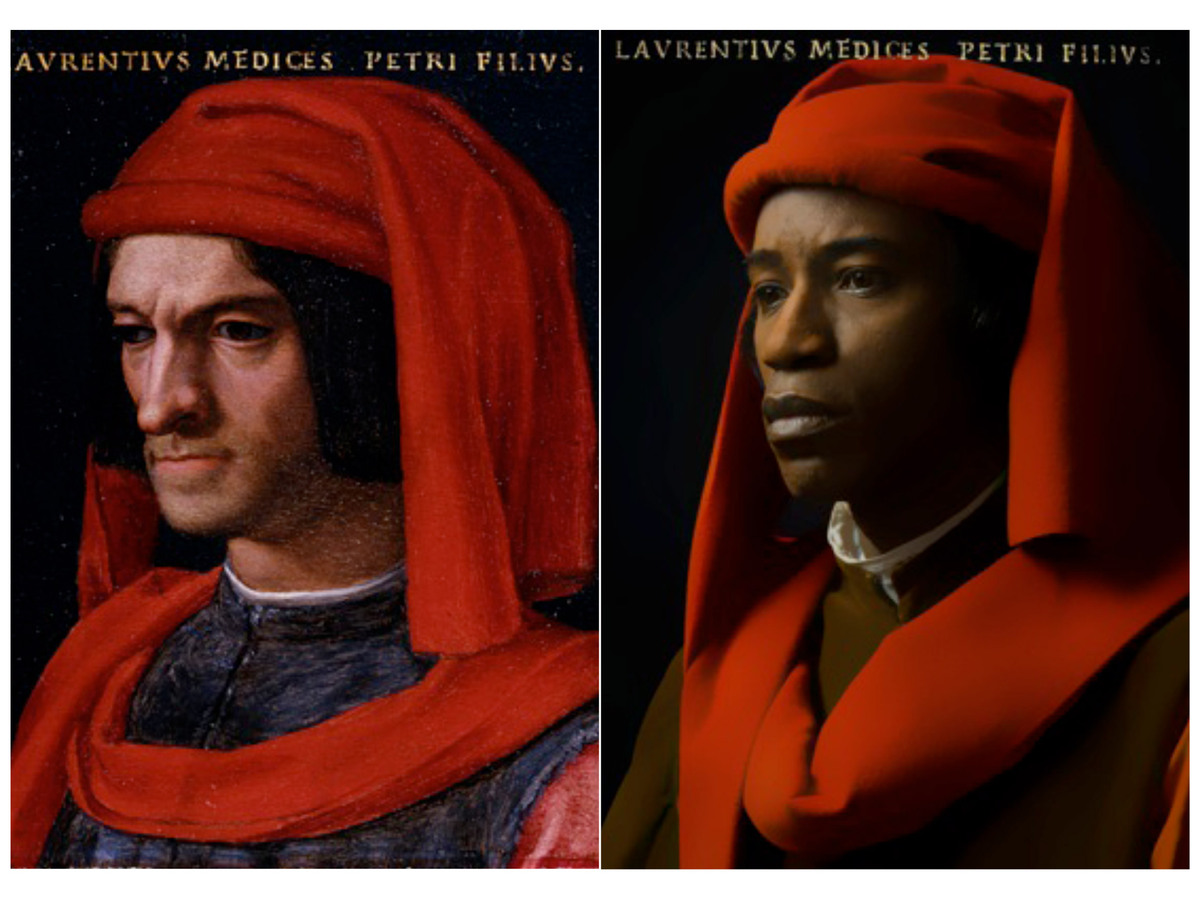 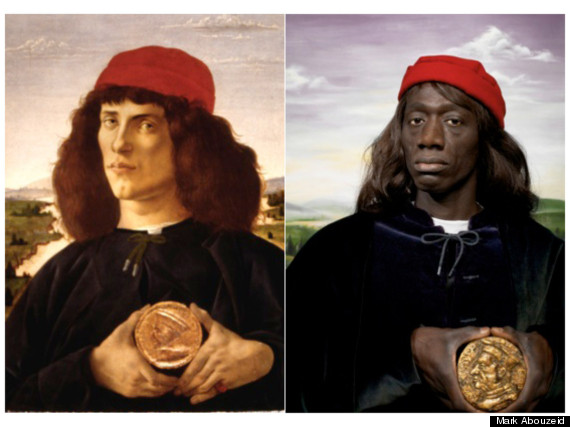 Italian photographer Mark Abouzeidremixes all your favorite Renaissance-era portraits in his new series, “The New New World.” Recasting modern day immigrants as the stars of famous masterpieces, he recreates paintings of Amerigo Vespucci and Catherine de’ Medici with their best 21st century dopplegangers.

Abouzeid explains to The Daily Mail his collaboration with some of Florence’s immigrant residents:

“[It began as a] joke borne of frustration, frustration that Florence continues to look at the past as a static object. And so, the idea was to get a bunch of Renaissance paintings, put some foreigners in and see how many ideas we can provoke… We should be taking this past, taking this richness that has been left to us and moving it forward toward the future.”

According to The Atlantic, the subjects were chosen not according to their appearance but by matching their personalities and day-to-day lives to those of their Renaissance counterparts. For instance, Abouzeid appears in the series as Vespucci because he too is an explorer, making his way to the North Pole in 2009.