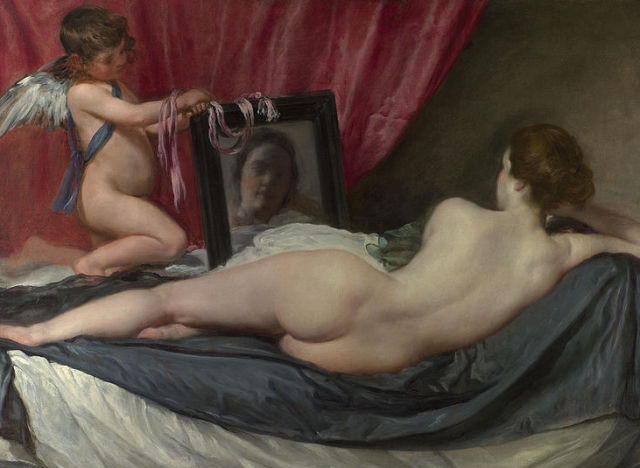 Today we would like to celebrate the birthday of famed portrait artist and friend of Spanish royalty Diego Velazquez. The painter, who The Metropolitan Museum of Artonce described as “the most admired — perhaps the greatest — European painter who ever lived,” would turn 414 years old today if he were miraculously still alive.

Velazquez was born in Seville, Spain in 1599, and completed an early apprenticeship with the then famous painter Francisco Pacheco. He began painting portraits, the style of work he became famous for, when he ventured to Madrid in 1622, and was asked to paint a portrait for the king of Spain. Velazquez’s skills were to the king’s liking, and from then on, he became a standing fixture in the court.

Under the patronage of the crown, Velazquez lived a luxurious life, essentially participating in an artist residency that included health insurance and housing. Under the king’s wing, he not-so-shockingly won a competition to distinguish the best painter in Spain, the theme of which was the expulsion of the Moors. He was also able to travel outside of Spain as part of his position, a perk similarly enjoyed by his contemporary, Peter Paul Rubens, during a time when artists took part in diplomatic missions.

Beyond the dozens of portraits of King Philip IV, Velazquez also painted other members of the royal family and court. His most famous painting, “Las Meninas,” depicts Philip’s young daughter, Margarita, with her entourage of maids, pets and bodyguards. The number of figures and use of perspective is a feast for art historians, as Velazquez not only inserted himself into the painting but also used a mirror reflection in the background to portray the king and queen. Another work, “The Rokeby Venus,” represents the more sensual side of the artist’s oeuvre, and remains the only surviving example of a nude by Velazquez.

Velaquez worked up until his final days as a member of the royal court before he passed away on August 6, 1660. He is remembered as an artist’s artist, revered by greats like Picasso, Dali and Francis Bacon who all recreated variations of the famed portrait painter’s works. And if you’re wondering what Velazquez’ descendants are doing today, one of them — His Majesty Carl XVI Gustaf — is presently ruling over Sweden. Not a bad job, we suppose.