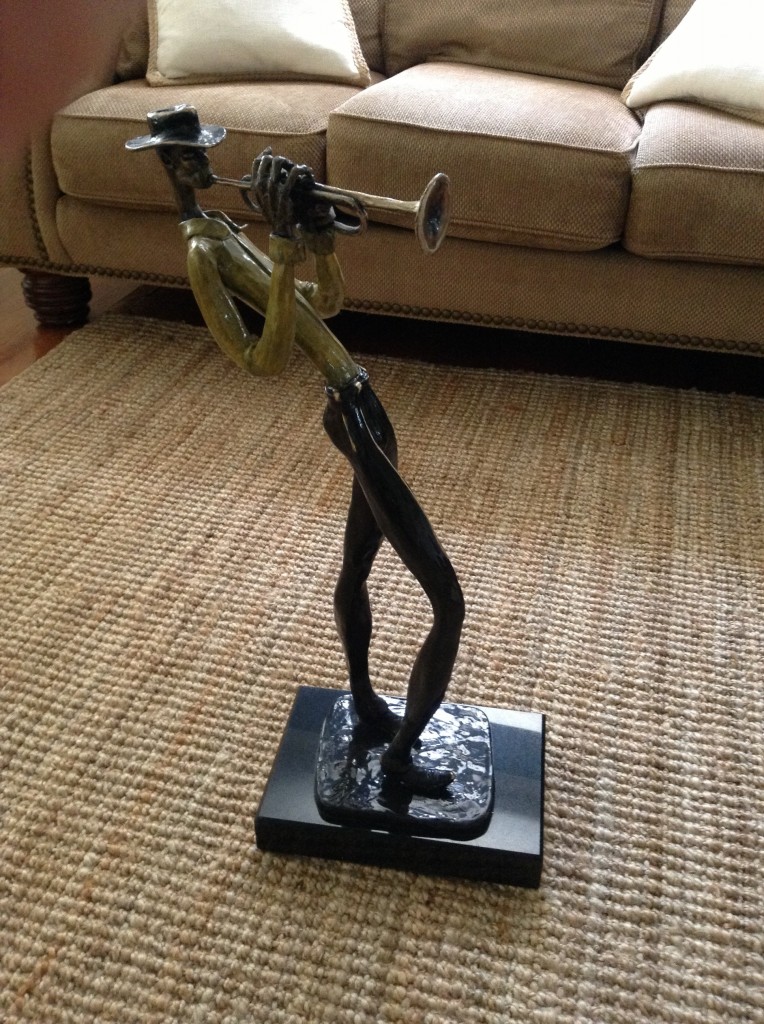 “Theirs are the eyes of visionaries.” —George Nock, on artists

Artists and athletes generally inhabit opposite ends of the stereotype spectrum: the jocks just don’t mix with the poets and painters. But a few individuals are helping redefine this notion, and have created worlds where art and athletics reside happily side by side. George Nock is one such example. The Atlanta resident first gained recognition as a football player, helping lead Morgan State University to four CIAA championships before turning pro in 1969. Nock was a running-back for the New York Jets for three years before heading to the Washington Redskins. After a knee injury sidelined him after his first season in DC, Nock returned to a passion that preceded his love for football: art. Today, Nock is an accomplished painter and sculptor: his work has been shown across the country and can be found in the private collections of notables such as Joe Namath, Evander Holyfield, and Vanessa Williams. His work, which covers themes ranging from jazz musicians and dancers to wildlife and athletes, captures the spirit and energy which guide Nock’s life.