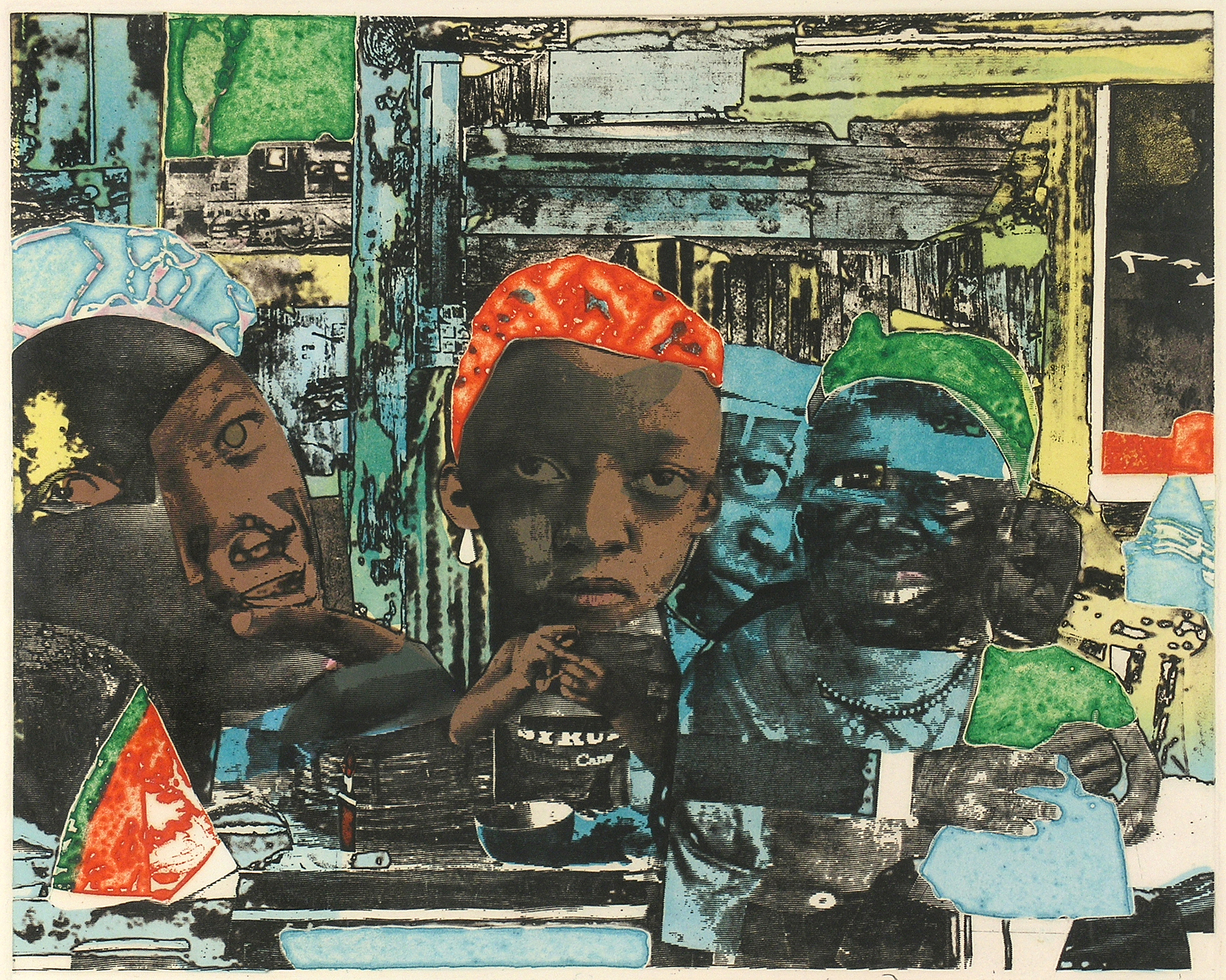 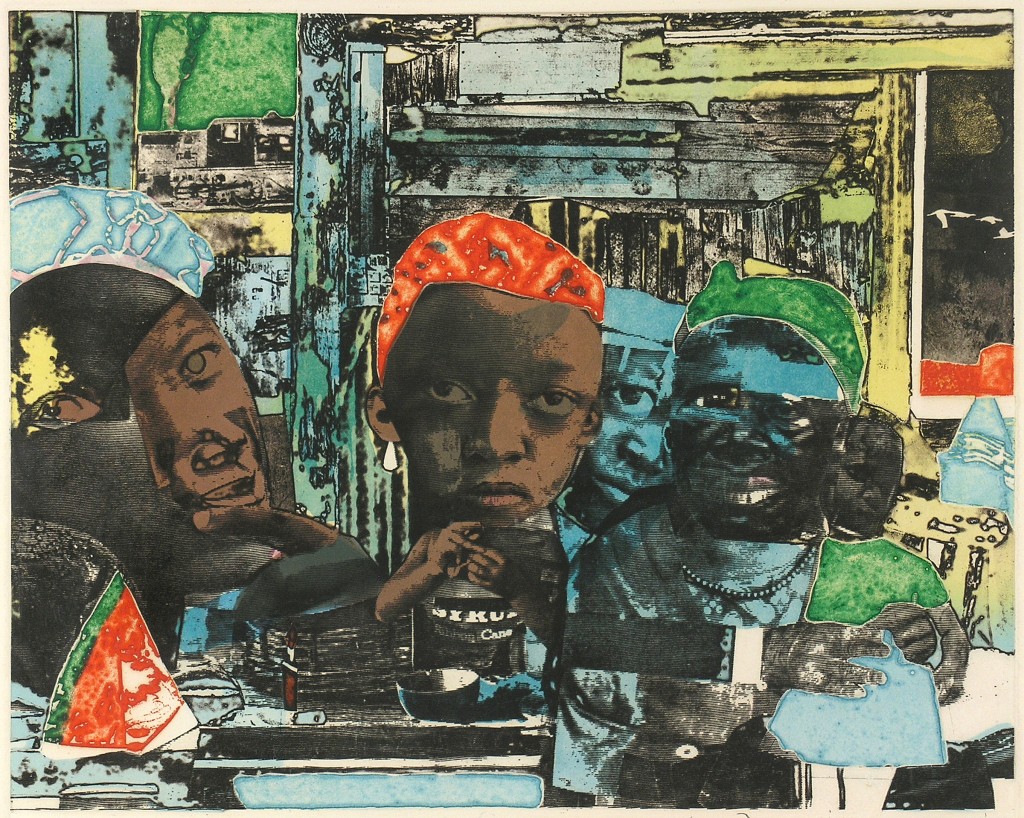 Born in Charlotte, North Carolina in 1911, Romare Bearden, by the time of his death in 1988, had achieved a stature known by few artists during their lifetimes. He was, and still is, considered America’s greatest collagist and was thus honored by receiving the National Medal of Arts in 1987 from then President Reagan. The artist’s works are in the permanent collections of most every major American Museum including the Museum of Modern Art and the Metropolitan Museum of Art. Retrospectives of Bearden’s art have been organized by the Museum of Modern Art, the Mint Museum of Art, the Detroit Institute, the Studio Museum in Harlem and the Council for Creative Projects.

Throughout his life, Bearden depicted many rituals and social customs of twentieth century rural Black America. The images of spiritual ceremonies, baptisms and burial, industrial hardships, musical arrangements and daily life have become the themes that critics and collectors most frequently associate with his work. Visually and emotionally stimulating, Romare Bearden’s collages and prints are beautiful to behold and fantastic to contemplate.