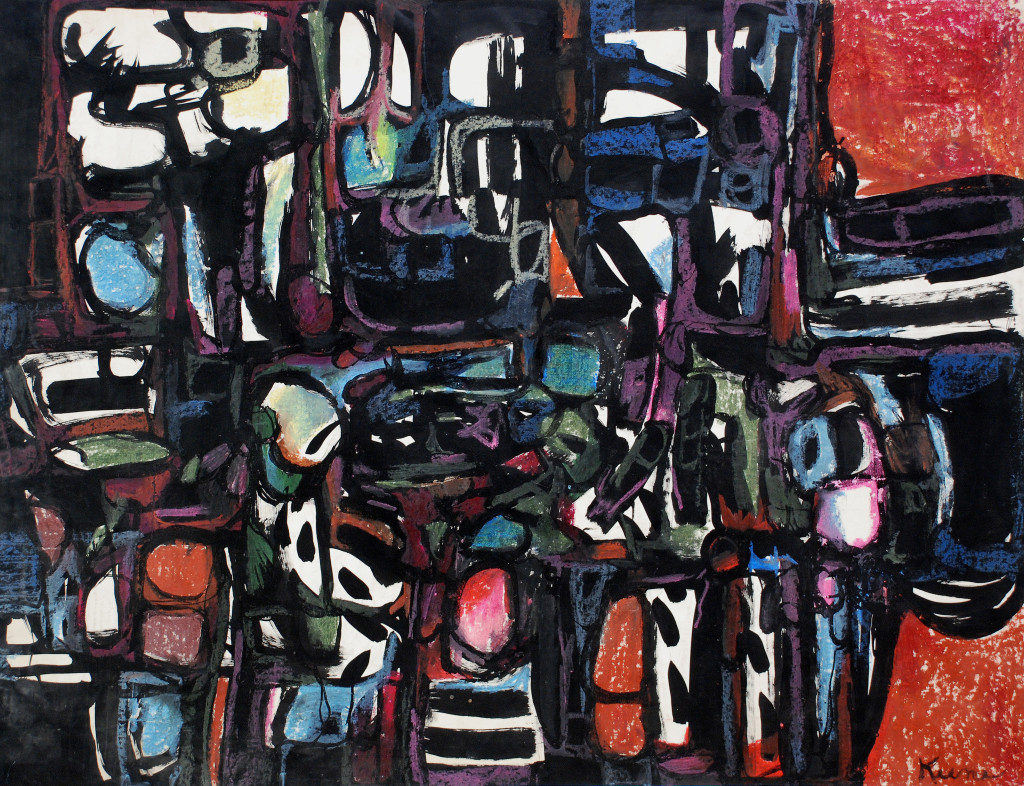 CLIFFORD WARD, a Center City artist whose sculptures draw heavily on the African diaspora, said the exhibit “We Speak: Black Artists of Philadelphia, 1920s-1970s” at the Woodmere Art Museum in Chestnut Hill will open a lot of eyes – including his.

Ward, who has spent several years sculpting 7-foot-tall warriors (12 of them – “almost like an army”) for a future museum installation, said that although the African diaspora has informed much of his work, he was unfamiliar with Philadelphia’s black artists from those decades.

“Art from the African diaspora has not been on a main stage,” Ward said. “It’s important for the public to know that there are people from African backgrounds who have been doing wonderful art from the beginning.”

At 1 p.m. Saturday, the Brothers Network, a Philadelphia group of black intellectuals that has presented African-American arts events since 2008, will conduct a docent-guided tour of “We Speak” that puts the 70 dramatically varied works into historical context.

Sterling Johnson, a Brothers Network member whose East Mount Airy house is filled with his collection of African-American art, said black artists in the exhibit “support the very changes that demonstrators try to achieve and have been at the forefront of just about every movement in the country.”

Johnson has loved and collected African-American art by Philadelphians ever since he met Sylvia Walker and fell in love with one of her watercolors at a Rittenhouse Square art show in the 1990s.

“It cost $160,” Johnson said, “and it took me a whole year to pay it off, but she let me buy her painting and pay a little every month because she said she knew it was going to a good home.

“It’s a picture of three young kids,” he said, “and it showed a little boy making a muscle and a little girl giggling beside him. It’s called, ‘Showing Off,’ and it reminded me of growing up.”

Johnson feels personally connected to the exhibit because his great-uncle, Charles L. Smith, was a contemporary of many of the artists represented.

A room in Johnson’s home is dominated by his great-uncle’s 1946 oil painting of a boxer, originally commissioned for an African-American catering hall on Christian Street near 17th.

“Back then,” Johnson said, “that part of the city was the center of the African-American community.

“The painting had been out of the family for 60 years when I stumbled across it at a local auction,” he said. “I was lucky enough to get two of my great-uncle’s oil paintings before I ran out of money.”

Paintings, sculptures and photographs in the “We Speak” exhibit range from the personal to the politically charged, including the civil-rights struggles of the ’60s.