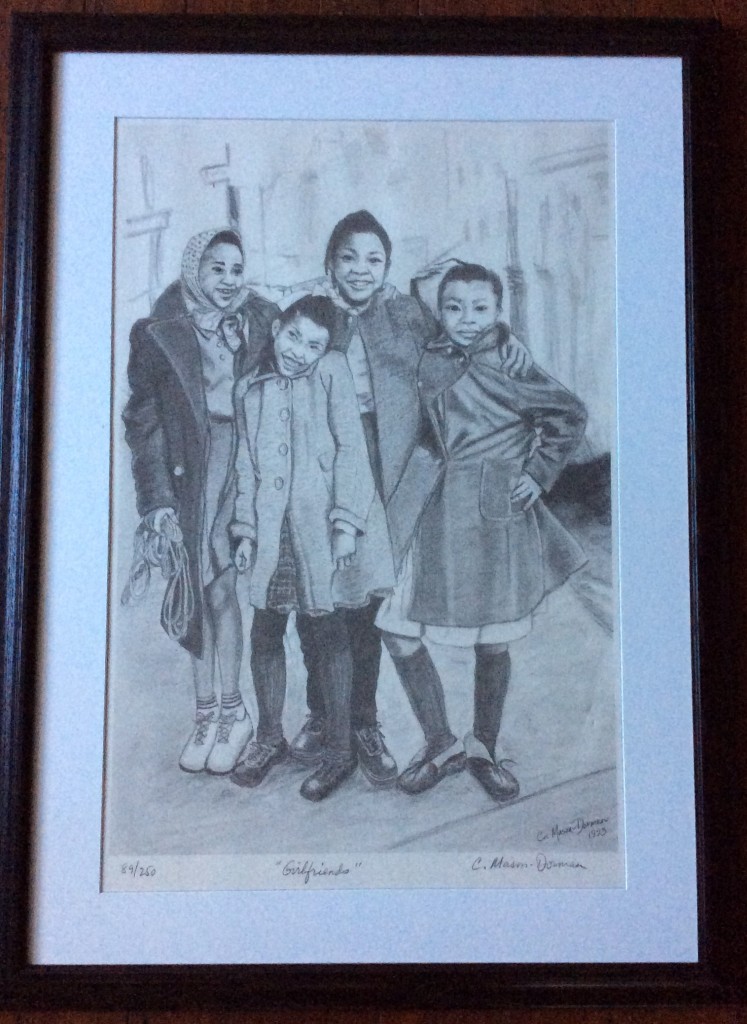 The Ritchie Family – The four original members were not related; the group was a creation of Jacques Morali who also formed the Village People. The group took its name from record producer Richie Rome, who added a T to the name; it originally consisted of four singers: Jean Davis, Cassandra Wooten, Gwen Oliver (who eventually married musicianFred Wesley), and Nadine Felder originally known as Honey & The Bees. Their manager was Jimmy Bishop, a successful Philadelphia radio personality who also managed Barbara Mason. Morali remembered Felder and Wooten had done some session work for him, and he called them a few years later when he wanted to form a group and the Ritchie Family was born.

Their first hit single, a reworking of the 1930s song “Brazil” reached the Top 20 in the United States in 1975, and the album, also titled Brazil, sold well. The following year they released the album Arabian Nights, and with it the single “The Best Disco in Town”. The song was a medley of recent disco songs linked together with an original chorus and it became a worldwide hit.

Their follow up albums Life is Music, which followed a 1930s theme, and African Queens were only mediocre successes. Each of these four albums was a concept album featuring songs of a similar theme as suggested by each album title. Each album also featured a long medley, usually running from 15 to 20 minutes.

By 1978, the three members had been replaced by Jacqui Smith-Lee, Theodosia “Dodie” Draher and Ednah Holt. Their 1978 album, American Generation, was a slight departure from disco and more in the style ofEuropop, although one of the singles from it was called “I Feel Disco Good.” The group abandoned the exotic and highly kitsch costumes of their earlier incarnation in favour of a more contemporary, sexually provocative style. For the next album, Bad Reputation, they brought in Victor Willis (original lead singer of Village People) joining Jacques Morali in writing the material. Holt soon departed (and formed her own group Ednah Holt and Starluv) and was replaced by lead singer Vera Brown; the group enjoyed success with “Put Your Feet To The Beat.”

The Ritchie Family line-up of Brown, Smith-Lee and Draher next recorded the Give Me A Break album, which contained the hits “Give Me A Break” and “Never Be Able to Set You Free.” Continuing with album releases, the next was a markedly different partnership with Jacques Fred Petrus and Mauro Malavasi, the pair behind Change. The album they recorded was I’ll Do My Best For You Baby; following that was All Night All Right (1983). By this time, Dodie Draher had left the group and newcomer Linda James took over her spot.

In 1980, they joined Village People for the movie Can’t Stop the Music. The film was a resounding failure and still appears on many critics’ “worst ever” lists; however the soundtrack album sold well in some parts of the world. By this time disco music had already reached its peak, at least in the US.

After deciding to split, when group owner Jacques Morali discovered he had AIDS, the group continued as Vera Brown and the Rich Girls for one song called “Too Much Too Fast” that failed completely. Vera Brown has reformed The Ritchie Family, with Dodie Draher and Jacqui Smith-Lee, but without further releases. With original members Wooten, Mason-Jacks and Oliver, the group achieved its highest grossing sales.

Apart from being a talented vocalist, Cheryl Mason-Dorman is also a talented artist, a series of her pencil drawings from 1991 – 1993 have been published as cards for ‘Picturesque Greetings’.