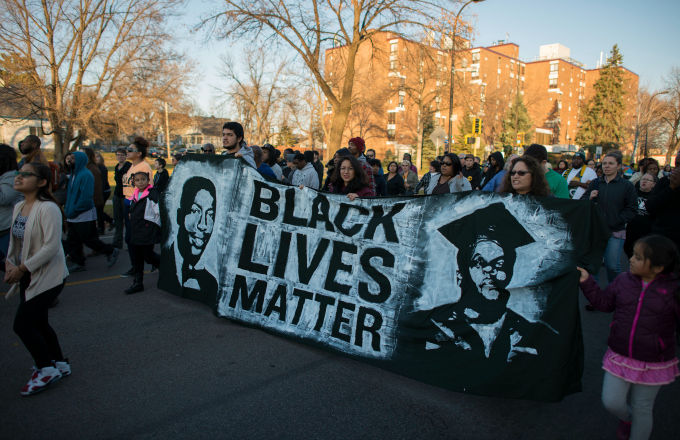 Image via Fibonacci Blue
BY TRACE WILLIAM COWEN
I’d be happy to waste more of your time here: @TraceCowen

As harrowing instances of racially charged police brutality continue to plague the nation, Black Lives Matter and other activist groups work tirelessly to expose the systemic injustices that have permeated certain law enforcement agencies for far too long. Though Black Lives Matter ultimately decided against officially endorsing a presidential candidate ahead of this year’s election, the group hasspoken at length with Hillary Clinton and Bernie Sanders regarding potential policy changes and future legislation. The movement, a growing force in the continued fight for true equality, will surely stand as a defining moment in American history.

In an interview with the Hollywood Reporter, HBO Documentary Films presidentSheila Nevins points to that profound importance as crucial in her recent decision to order a documentary centered on the cultural movement’s continued impact. How recent, you ask? Nevins actually placed the call the same morning those immediately controversial Academy Awards nominations were announced:

THR: When was the last time you read something and called a filmmaker and commissioned a film?

Nevins: The morning of the Oscar nominations. I noticed that all the [documentary] films that were up there, there was almost nothing about America, and my heart broke because I realized that documentary film­makers are not looking in their own backyard. And if they are, they’re not being recognized for it. The fact that there was no documentary about Black Lives Matter at a time when this is such a critical American issue … was unbelievable. I said to my colleague here, “Call [a director she declined to name in case a deal doesn’t transpire]. See how much it would cost to do a big documentary about what’s been happening in this country.” You have to do it.

That morning’s Oscar nominations, as previously reported, quickly brought about the revival of the #OscarsSoWhite hashtag and an ensuing boycott led by Will and Jada Pinkett Smith. The timing of HBO’s order, though coincidental, is clearly indicative of two very different approaches toward accurately representing (and listening to) your audience. HBO took actual action. Perhaps the Academy will do the same.