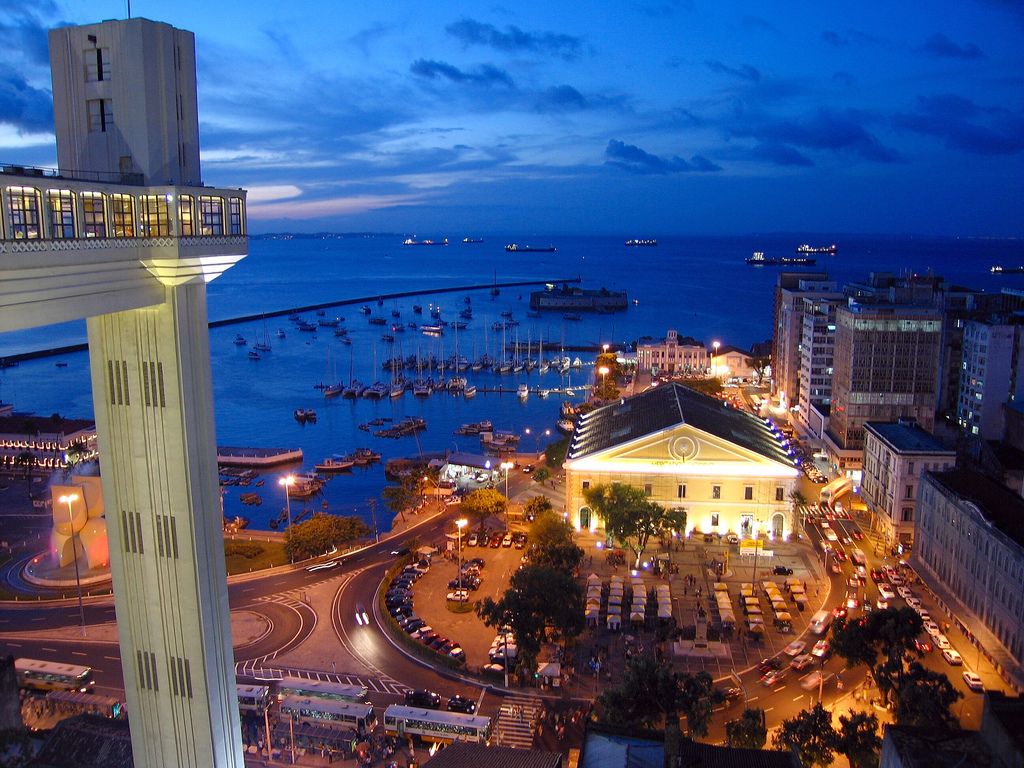 Founded by the Portuguese in 1549 as the first capital of Brazil, Salvador is one of the oldest colonial cities in theAmericas. A sharp escarpment divides its Lower Town (Cidade Baixa) from its Upper Town (Cidade Alta) by some 85 meters (279 ft). The Elevador Lacerda, Brazil’s first elevator, has connected the two since 1873. The Pelourinhodistrict of the upper town, still home to many examples of Portuguese colonial architecture and historical monuments, was named a World Heritage Site by UNESCO in 1985. The city’s cathedral is the see of the primate of Brazil and its Carnival celebration has been reckoned as the largest party in the world. Salvador was the first slave port in the Americas and the African influence of the slaves’ descendants makes it a center of Afro-Brazilian (preto) culture. The city is noted for its cuisine, music, and architecture. Porto da Barra Beach in Barra has been named one of the best beaches in the world. Itaipava Arena Fonte Nova was the site of the city’s games during the 2014 Brazilian World Cup.

Salvador forms the heart of the Recôncavo, Bahia’s rich agricultural and industrial maritime district, and continues to be a major Brazilian port. Its metropolitan area, housing 3,953,290 people (2015), is only the 8th-most populous agglomeration in Brazil but it forms the 2nd wealthiest one in Brazil’s Northeast Region.