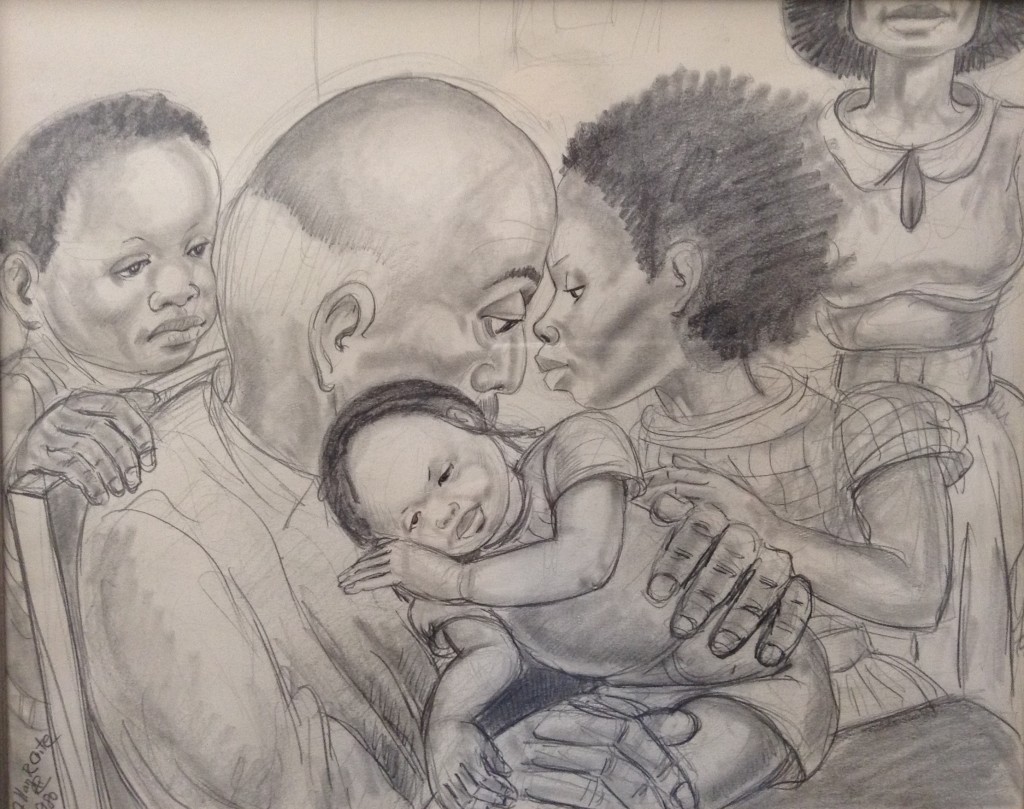 Born in 1910 in Plainfield, New Jersey, of African, Indian, and European ancestry, Crite has spent most of his life in Boston. During the course of his long life, Crite enjoyed an extensive career as a painter, draftsman, printmaker, author, librarian, and publisher. At an early age his mother encouraged him to draw and paint, and he took art classes at the School of the Museum of Fine Arts, Massachusetts School of Art, and Boston University. Later he focused on history and the natural sciences, earning a Bachelor of Arts from Harvard University and an honorary doctorate from Suffolk University in Boston. During the 1930s, Crite worked under the auspices of the Works Progress Administration, and in the early 1940s began a thirty-year career as a technical illustrator for the Department of the Navy. A visual chronicler of life in Boston, he is active in the Episcopal Church and is a prolific creator of liturgical art.

Crite’s longstanding interest in recording the urban scene reveals his desire to depict black people as ordinary citizens rather than as Southern sharecroppers or Harlem jazz musicians, images that were becoming prevalent and stereotypical by the 1930s. Crite frequently taps history and autobiography to connect people of color and himself to a larger context, carefully composing the settings of his works to ground them in reality and to make the images accessible to the viewer.

The figures in Crite’s work are individualized in appearance and clothing. An emphasis on fine detail is in part a manifestation of Crite’s ongoing study of the detailed paintings found in Flemish Late Gothic art. Variations in brushwork, along with rich colors, animate the surface of Crite’s paintings. Even though he was aware of modernism, Crite chose a representational style because it was natural to him and appropriate to his form of communication. “I’m a storyteller, telling a story of people,” Crite claimed, “and I started out with my own people in the immediate sense, like the neighborhood, and people in a general sense when I make a neighborhood out of the whole world.”