The State of Our Union: Have We Achieved Dr. King’s Dream? 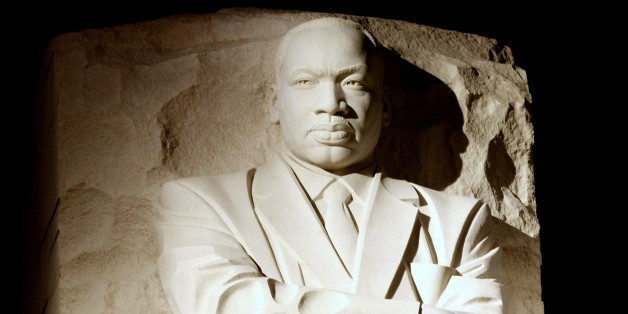 Dr. Martin Luther King, Jr. envisioned for this nation a future of vast potential; a future where every man and woman and child would have an opportunity to get ahead, free from the constraints of injustice and intolerance.

What we see happening across our country shows how far we still have to go to achieve Dr. King’s dream.

From gun violence to the racial wealth gap, from lack of diversity to persistent poverty–there are still critical issues affecting our communities that must be addressed.

If we don’t do something to tackle this epidemic, then it’s shame on us.

In my district, African Americans face an unemployment rate nearly triple that of white workers. Generations of African American workers are being left behind, without a fair shot at success.

The economic prosperity and the American Dream are on hold for many African American communities.

Instead of working to address the challenges facing our communities, Republicans continue their assault on women’s health by trying to defund Planned Parenthood.

On the other hand, Democrats are working on bold, aggressive action that will have an immediate impact on the challenges facing African American communities.

My Safer Neighborhoods Gun Buyback Act would create a voluntary federal gun buyback program to keep guns out of the wrong hands. Consumers would trade in working guns for smart debit cards, which they could then spend to help stimulate the local economy. So, the bill keeps our communities safe while providing a stimulus to the economy.

Common-sense gun reform is critical to building a stronger future for all Americans.

So is investing in small businesses and creating well-paying jobs; expanding access to quality health care; and opening doors to affordable education. These are the foundations of real opportunity.

We also need to protect small and minority owned-businesses, so that they can get on a path toward economic growth.

The unemployment rate for African Americans is almost double that of white Americans. This is highly problematic–it stands in the way of equality and opportunity. So we need to fight for policies that grow jobs.

At the same time, we have to make sure these jobs pay a livable wage. No one should have to raise a family in poverty. But too many African Americans don’t make enough to pay their living expenses.

One way we can do this is by raising the federal minimum wage.

Increasing the minimum wage would ensure that workers receive a fair day’s pay for a hard day’s work, and it would help close the staggering wage gap between the wealthiest Americans and low-income households.

We know that securing well-paying jobs requires a skilled workforce. So we need to invest in job training programs that prepare workers with the skills they need to succeed. And we need to help workers re-train and learn new skills so that they can make themselves more attractive to employers and succeed in the jobs of the 21st century.

The success of our graduates is being hampered by mounting student debt. So we need to open doors to a college education for all those who want one. These students will come out of school with the skills to meet the demands of our competitive global economy.

As we mark Black History Month, we recognize that the time for a renewed focus on African American communities is now.

Congress has a responsibility to deal with the persistent inequities that exist in our communities. This includes protecting one of our most sacred and fundamental rights: access to the ballot.

Nearly 50 years after the Voting Rights Act was signed into law, we still see efforts to weaken voter protections and suppress votes.

It’s time we renew and strengthen the Voting Rights Act. This would carry on the legacy and spirit of the Civil Rights Act and would continue to help America better live up to our creed that all individuals are created equal.

We must have policies that build economic stability, ensure the safety of our communities, and expand opportunity for African Americans. That is how we can achieve Dr. King’s dream and secure a better future.