Life turned upside down by stroke at age 52 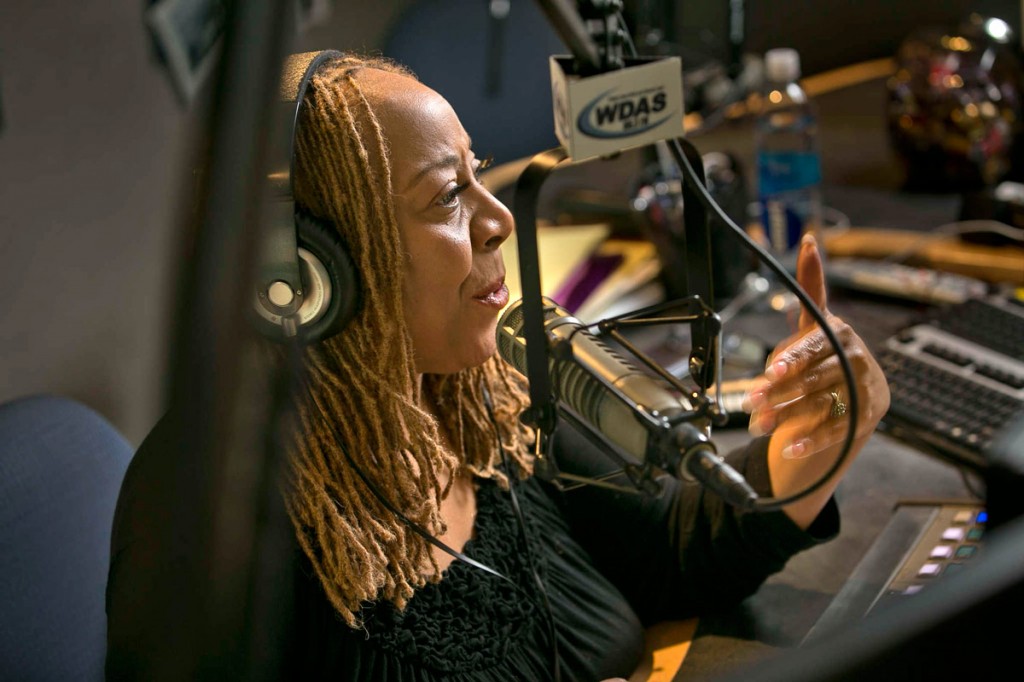 Patty Jackson, radio personality at WDAS-FM: “Sometimes we won’t listen to a whisper but we’ll hear a roar.”

She didn’t stumble over anything. But between her house and garage, Jackson hit the ground. Looking back, the popular broadcaster remembers that her right side had been feeling weak. But she didn’t think much about it.

It happened last Nov. 11. Jackson was working at the station seven days a week, and also doing numerous personal appearances, including her weekly Friday night happy hour at Warmdaddy’s at Riverview Plaza.

At the same time, she was the primary caregiver for both her elderly mother and also her son. So, despite feeling weak and tired, Jackson kept pushing.

“I kept going because Tyler Perry was in town. I had to do his show. I had to talk to him. I just kept going and each day, it got worse,” Jackson told me last week.

Two whole days went by before she got around to visiting a doctor, who told her, “It appears that you have had a stroke.”

For most folks, that would have been enough for them to collapse onto the nearest stretcher.

Not Jackson, though. She got back into her car and drove home to check on her 14-year-old son and get her house in order. Not until she had done whatever that entailed would she allow a friend to drive her to Abington Memorial Hospital, where she got the devastating diagnosis: A blood vessel in her head had, indeed, ruptured.

At age 52, Jackson had become one of more than 795,000 Americans who suffer a stroke each year. Strokes are the fifth-leading cause of death. And the risk factor for having one is twice as high for African Americans,s according to the Centers for Disease Control and Prevention.

Jackson’s whole life was turned upside down by her stroke. Not only couldn’t she walk, but Jackson couldn’t see straight.

“One minute, I could see fine. The next minute, everything was doubled and my eye just went in a whole other direction,” Jackson recalled.

It was if her body had signed off.

Up until her mother’s death two weeks prior to her stroke, Jackson had been on overdrive.

For years, Jackson put her own needs, health and otherwise, on a back burner. Then in 2013, singer Jill Scott pulled her aside and pointed out that she needed to stop neglecting her oral health. Jackson’s gums were puffy – a sign of gum disease.

Mortified, Jackson finally went for medical help and wound up undergoing a 5 1/2-hour surgery to remove all of the diseased tissue in her mouth and get all new teeth.

“I had to relearn how to eat,” she said.

As word spread about her latest health problems, celebrities such as Scott, Patti LaBelle, Frankie Beverly, and other musical artists began reaching out. She was in the hospital from Nov. 13 until Dec. 4. Her room was party central, as friends flocked to Abington to see about her. Afterward, Jackson was transferred to Moss Rehab at Elkins Park, where she stayed three more weeks.

“It was humbling. I was getting so depressed because I was there. I was like, ‘I don’t belong here,’ ” Jackson said.

A doctor prescribed Prozac – something she resisted at first. But she was crying constantly and determined to get her life back.

Once she was at home, her first post-stroke public outing was in December at Bebashi’s Power of 30 Black Tie Gala featuring El DeBarge and Howard Hewitt. Jackson, who was among those being honored, showed up wearing a black eye patch and white orthopedic shoes. She was flanked by two attentive girlfriends who brought her food from the buffet and kept close watch over her throughout the evening. She smiled, but it was a difficult night. The eyepatch made her feel self-conscious and her leg kept cramping. She felt better, though, after DeBarge, who is one of her favorite singers, walked over and hugged her.

Jackson wisely stayed in for the rest of the month and concentrated on regaining strength. By January, she was feeling well enough to co-host Mayor Kenney’s inaugural block party at the Convention Center. And by Jan. 4, she had returned to the airwaves.

“I hobbled back in there,” Jackson said. “I said, ‘I need to get back in my environment. I need to get back to doing what I do. That will help me heal and get better. I can’t sit around and be sad and be like, ‘I can’t walk.’ ”

Area broadcasters such as CBS3’s Ukee Washington, 6ABC’s Rick Williams and Fox 29’s Joyce Evans stopped by the station to welcome her back to the airwaves.

Jackson has come a long way but is still in recovery mode. Her right leg is in a brace and needs twice-weekly rehab sessions. Jackson has Saturdays off now, and she’s become much more selective now about attending public events.

As we chatted, I kept remembering how Oprah Winfrey always says, “Difficulties come when you don’t pay attention to life’s whisper. Life always whispers to you first, but if you ignore the whisper, sooner or later you’ll get a scream.”

I mentioned it to Jackson, who said that that quote resonated with her because she had ignored the many whispers about her health. That’s over now. She’s being faithful with her twice-weekly rehab workouts and making sure to drink plenty of water.

“Sometimes we won’t listen to a whisper but we’ll hear a roar,” Jackson pointed out. “God always has to get my attention through drastic measures.”

Next time, though, she’ll heed the whispers.