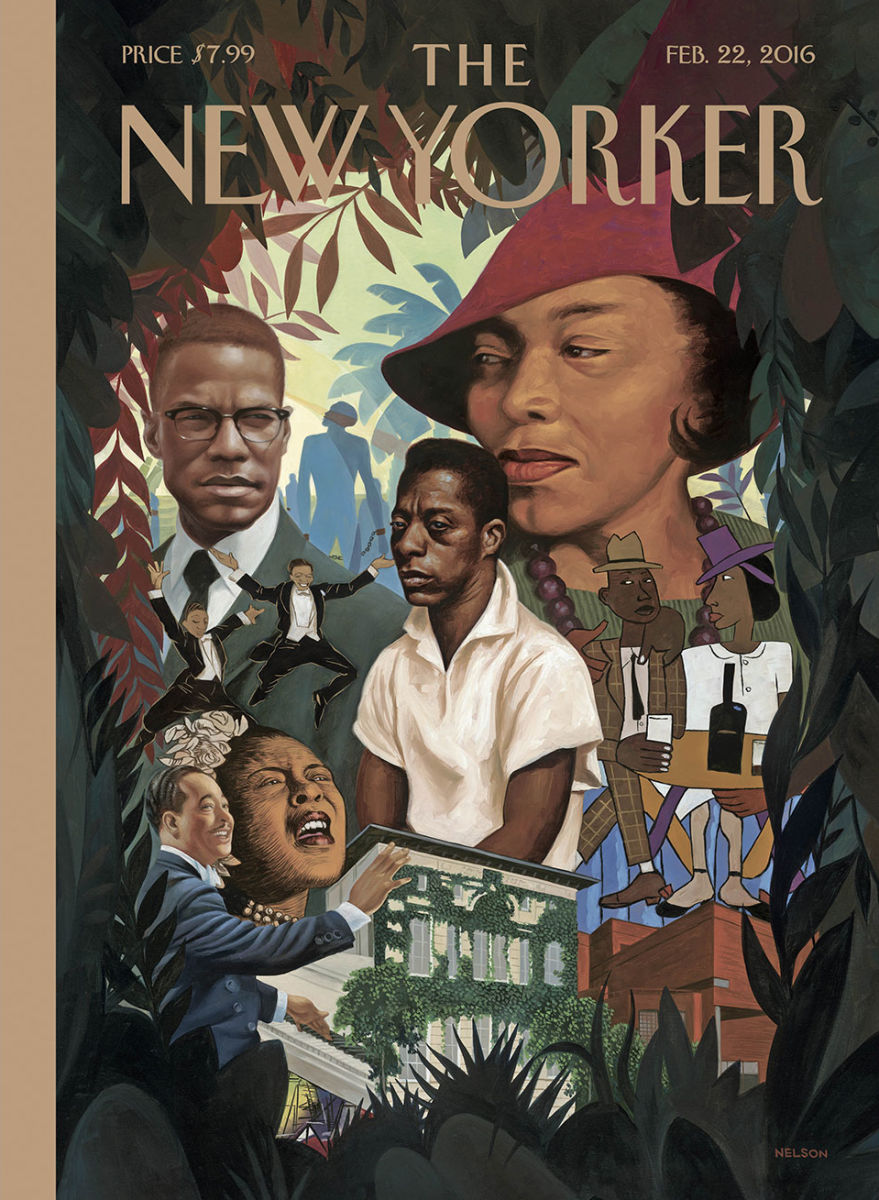 Kadir Nelson’s painting for the cover of this week’s issue celebrates the Schomburg Research Center, in Harlem. He says he wanted to create “a stylistic montage as an homage to the great Harlem Renaissance painters: Aaron Douglas, William H. Johnson, Norman Lewis, Jacob Lawrence, Elizabeth Catlett, Archibald Motley, and Palmer Hayden.” Also on Nelson’s mind were artists and performers like the Nicholas Brothers, Billie Holiday, and Duke Ellington; the activist Malcolm X; and writers such as James Baldwin and Zora Neale Hurston.

The Feb. 22 cover by Los Angeles-based illustrator Kadir Nelson is an ensemble image featuring Harlem’s towering figures of the arts and letters, jazz and politics. Zora Neale Hurston, James Baldwin, Malcolm X, Duke Ellington, Billie Holiday, and the Nicholas Brothers are juxtaposed with outtakes from “Into Bondage” (1936) by Douglas and Johnson’s circa 1939-40 painting “Cafe.”

The Schomburg is the “world’s leading institution for the collection, preservation, and interpretation of materials related to the global black experience.” There are more than 10 million items in the collection, including significant holdings in its Art & Artifacts Division from Harlem Renaissance and WPA-era artists.

Last year, the center celebrated its 90th anniversary and is currently presenting the exhibition “Digging Up the Past: A History of the Schomburg Center,” an exploration of its rich legacy from 1874 to 2015. CT 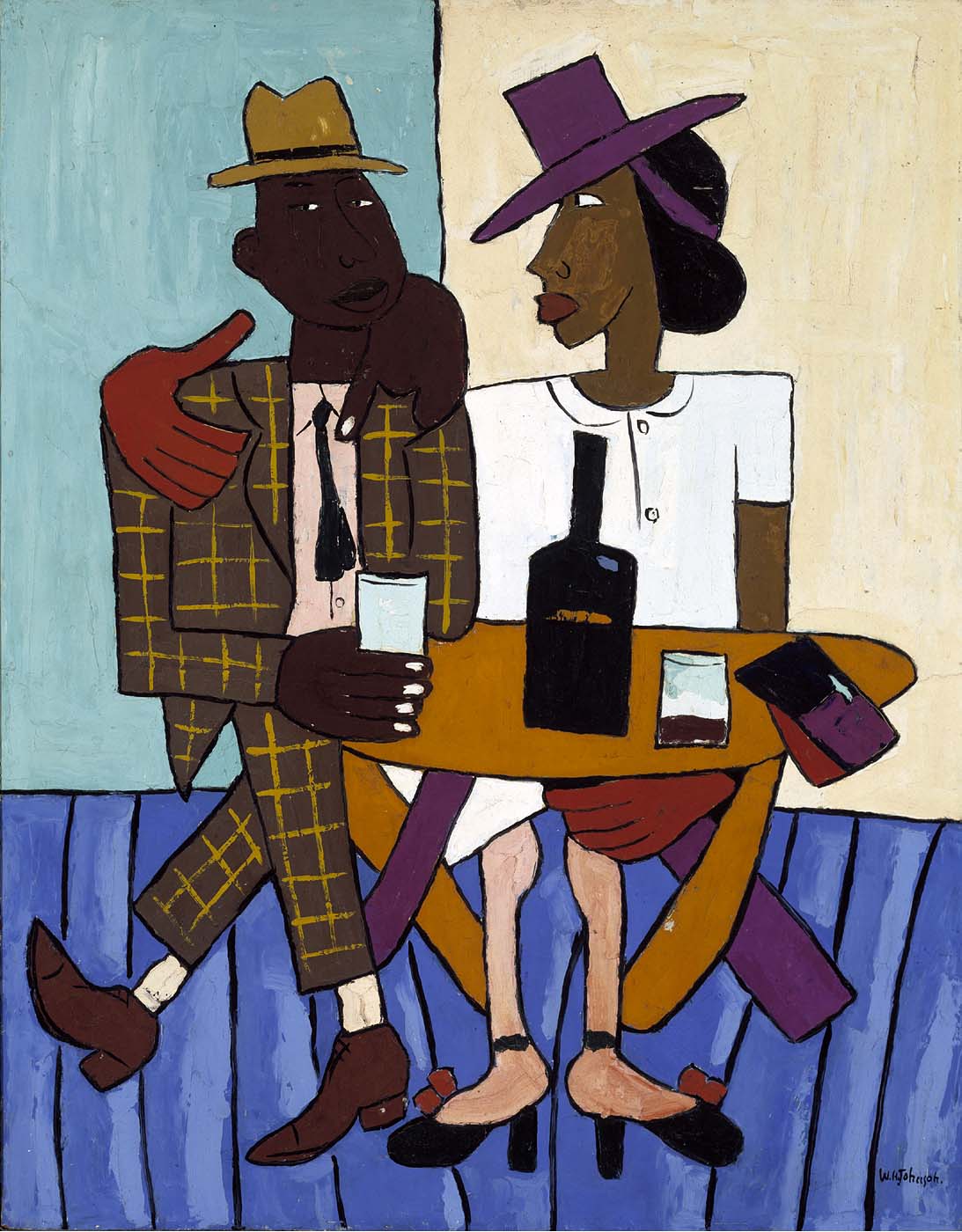 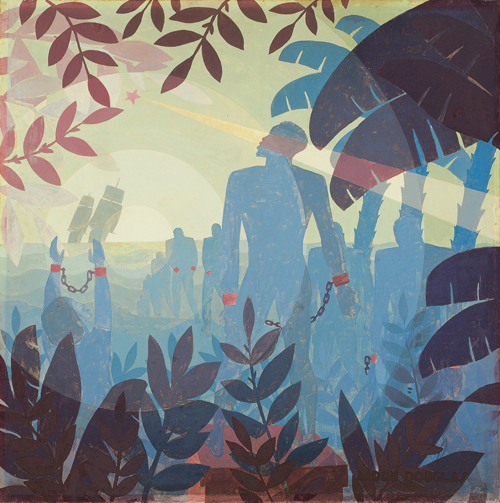