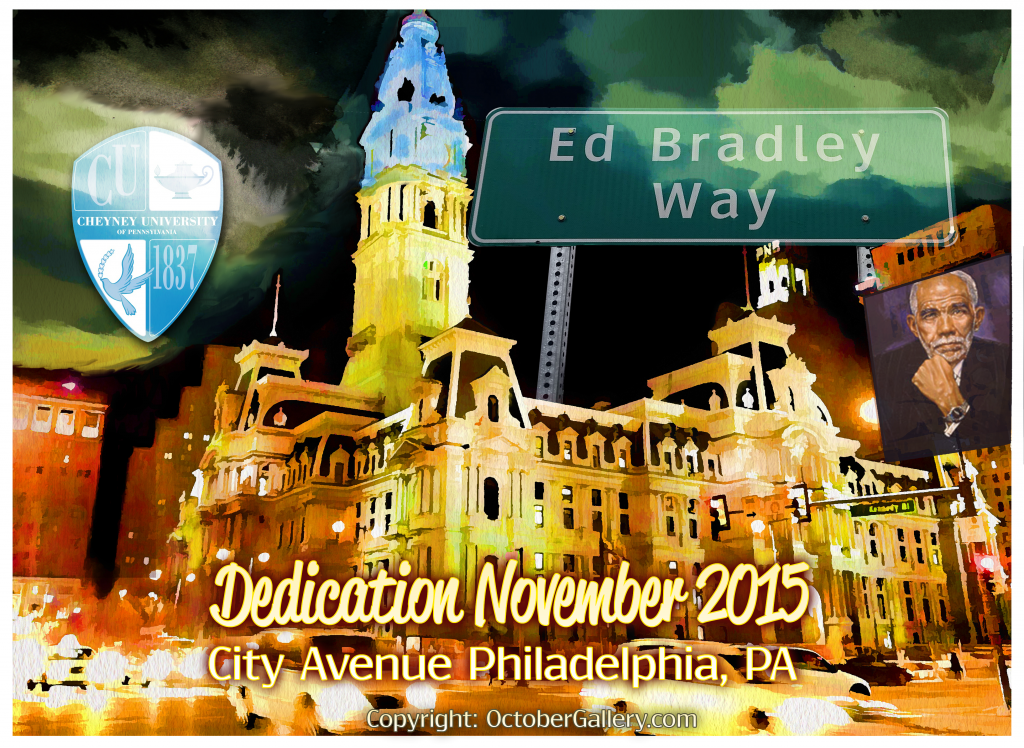 Ed Bradley Way To Be Dedicated In Honor Of Legendary Newsman

WHAT: Dedication of ED BRADLEY WAY, a portion of City Avenue between Monument Road and Presidential Boulevard, in honor of the legendary CBS newsman who began his broadcasting career here in Philadelphia.

60 MINUTES, CBS News Correspondent (deceased) Ed Bradley’s death at the age of 65 on November 9, 2006 during his 26th season on 60 MINUTES shortened a career full of achievements few other journalists will ever match.

His consummate skills as a broadcast journalist and his distinctive work were recognized over and over by the industry’s most demanding award committees, including Columbia University’s Alfred I. du Pont awards, the University of Georgia’s George Foster Peabody awards and the Emmys. His work won 21 Emmys, the last awarded posthumously for his coverage of the Duke University rape case, in which lacrosse players were falsely accused. He was honored with the Lifetime Achievement award from the National Association of Black Journalists. Three of his Emmys came at the 2003 awards: a Lifetime Achievement Emmy; one for a 60 MINUTES report on brain cancer patients, “A New Lease on Life” (April 2002); and another for his hour on 60 MINUTES II about sexual abuse in the Catholic Church, “The Catholic Church on Trial” (June 2002).

Bradley joined CBS News as a stringer in the Paris bureau in September 1971. A year later, he was transferred to Saigon, where he remained until he was assigned to the CBS News Washington bureau in June 1974. He was named a CBS News correspondent in April 1973 and, shortly thereafter, was wounded by mortar fire while on assignment in Cambodia. In March 1975, he volunteered to return to Indochina and covered the fall of Cambodia and Vietnam.

Prior to joining CBS News, he was a reporter for WCBS Radio, the CBS Owned station in New York (August 1967-July 1971). He had previously been a reporter for WDAS Radio Philadelphia (1963-67).