Wrapping it Up at the Lafayette, 1974 by Romare Bearden 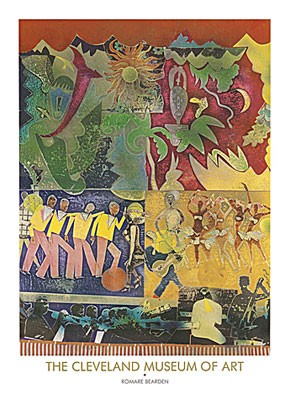