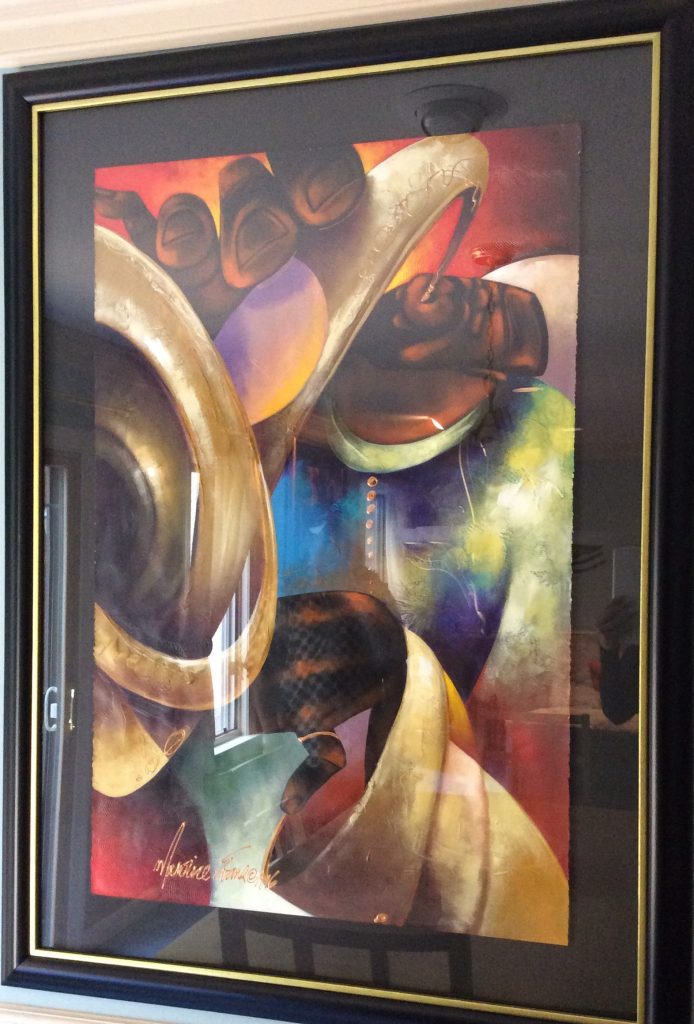 Maurice Evans was born in Smyrna, TN to a father who was a military man, and a mother who was a teacher. Because his father was in the military, they moved around quite a bit, eventually settling in Georgia. At a young age, Evans was aware of his love for the arts, in particular the drawings in comic books. He began collecting them regularly, and found himself frustrated when they began covering the books with plastic. For him, that took away the joy of seeing the images inside before purchasing the them.

He thoroughly enjoyed art, but his first true love was music. Evans’ father was a drummer, and a singer in a gospel choir, and at an early age he introduced him to great musicians like Al Green, Chaka Khan, and Marvin Gay. The music touched the young, shy Evans, and he wanted to learn more about how to make it himself. He helped his father breakdown his instruments, and when he was four, he began taking guitar lessons from one of his father’s military companions. Evans remembers the lessons being a very important part of his creative growth, and he was devastated when they ended. Evans says that he began to draw more because it was more accessible to him than creating the music he so loved. He attempted to join to band, while in school, in order to fill the musical void that he felt was missing, but he didn’t make it. That, in addition to his parents divorce, caused a devastating shift in his life, and art took precedence over music.

Maurice Evans attended Griffin High School in Griffin, GA. In high school, he was a talented art student, and it was there that he first began gaining recognition for his talent. His mother was a teacher, and she supported his creativity by allowing him to design her classroom boards each year. Toward the end of his high school years Evans made a decision not to go to the military like his father, and he also decided that he didn’t want to attend a four-year college. He decided to apply to art school, and in 1986 he was accepted to the Art Institute of Atlanta where he studied Fashion Illustration. Evans says that he chose that major because he wanted to do actual painting and drawing, as opposed to spending a lot of time on the computer.

During his studies at the Art Institute, Evans met designer Patrick Kelly while on a field trip with his class. Kelly was a premier African American designer in his time. Evans patience paid off that day as he waited for the designer after his show. Kelly (seeing his portfolio) offered to take him under his wing and mentor him. He told him to come to New York immediately after his graduation. Elated, Evans shared the news with his family. Right before his graduation, he found out that Patrick Kelly had passed away. Evans was devastated, but undeterred. He went on to graduate from the Art Institute with honors.

.
Offered at  $On Request