Mother and Child by Ellen Powell-Tiberino 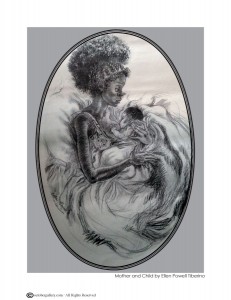 A Mass of Christian Burial will be celebrated at 10 a.m. Thursday at St. Agatha and St. James Church at 38th and Chestnut Streets. There will be a viewing before the service.
.