The West Edge by Albert Monferrato 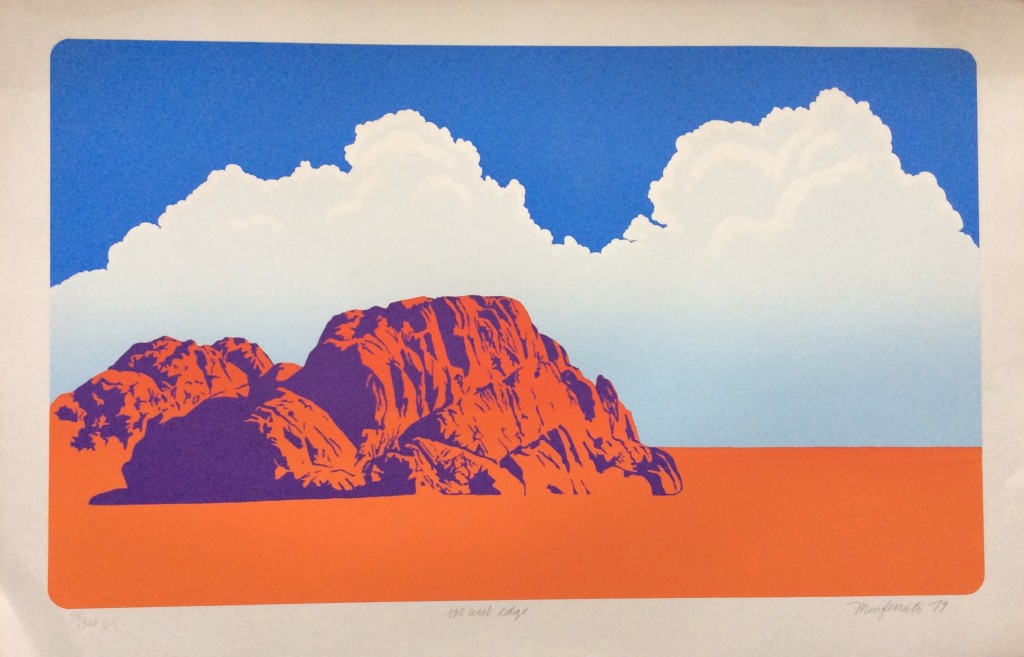 Albert Monferrato was an oil painter and silkscreen printmaker who was born in Philadelphia. He attended the Philadelphia College of Art, the Pennsylvania Academy of Fine Arts, the Academia di Bella Arte in Florence, and the San Francisco Art Institute. Monferrato had his first one-man show when he was 24 at the Galleria Indiano in 1967. His work has also been exhibited at the London Gallery; Gallery Salon, Philadelphia; Elaine Horwitch Gallery, Santa Fe; Tyson Gallery, San Francisco; Nova I, Berkeley; and De Ligny Gallery, Fort Lauderdale. Until his death in 2006 Monferrato lived in Noe Valley, San Francisco and found much of the inspiration for his work in the natural beauty and geological diversity of the California landscape.

This beautiful silkscreen print depicts a truly unique and inventive scene. Beneath a deep blue sky a cresting wave borders a long stretch of road. Because both the wave and the road are rendered in the same shades of aquatic blue it seems that they are both in fact made of water, with only the white foam and the lane lines to differentiate the two. Rather than showing nature coming into conflict with a manmade structure, Monferrato has created a scene in which they are one and the same.
Back to Art for Sale