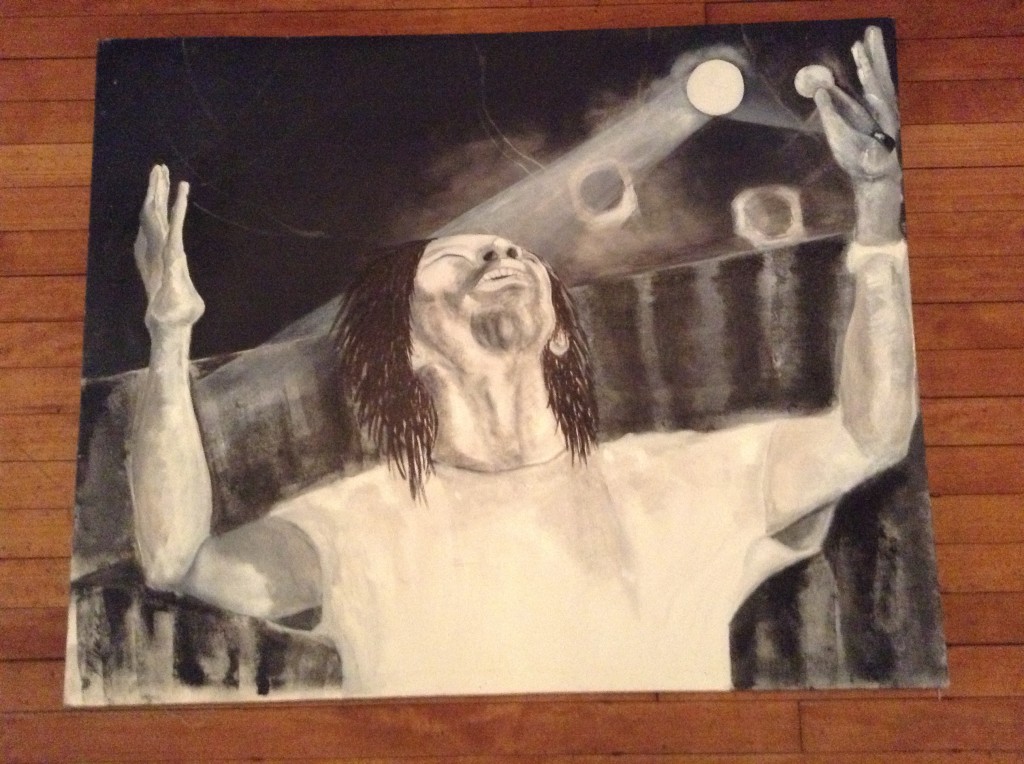 Journalist and artist, Márcia Leivas participates in group exhibitions with artists of a variety of trends since 2005. In 2008, she made her first solo exhibition, using as its theme the life of Benjamin de Oliveira (1870-1954), founder of the school of theater and circus (circo-teatro) and the first black Brazilian clown. This man of unique personality inspired the artist in creating playful works, which rescued the rich history of a multifaceted artist, but unfortunately already forgotten by the Brazilians.
In that same year she was invited to attend the 23rd International Expo in Philadelphia, Pennsylvania (USA), which annually brings together artists from different parts of the world that have the African culture as a basis for their production.
In 2009, Marcia Leivas was invited back by the October Gallery, the organizer of the exhibition in Philadelphia and presents her second single exhibition, this time with a universal theme: peace. For this representation, she joined the symbology of Candomble, one of the most worshiped religions in Brazil, and the efforts of ordinary citizens interested in preserving the values of peace in their daily lives.
From this participation on, the artist starts a business relationship with this gallery, which is nowadays the official representative of their work in North America continent.
Marcia Leivas was born in Rio de Janeiro and is almost a self-taught person. She only had six months of classes at the School of Visual Arts of Parque Lage, a renowned private institution in Rio de Janeiro, which hosted great artists and intellectuals during 30 years of activities. At school, in 1989, she assimilates the basics and begins to give perspective, volume and light to her plastic expressions. In that year, she moved to Salvador, Bahia, where she lives up to now.
In 2001, she assumes a commitment to art and began attending workshops in drawing and painting at the Museum of Modern Art (MAM), and remains there for three years being guided by the teachers Paulo Pereira and Yuri Sacramento.
Since then, the artist has been producing her own exhibitions, participating in collective exhibitions and developing projects produced for teenagers from public schools and for community leaders as well. These works blend art, journalism and social discussion. Among the projects for 2011 is the publication of an art book with the history of the transgressions of the first black Brazilian clown, Benjamin de Oliveira.