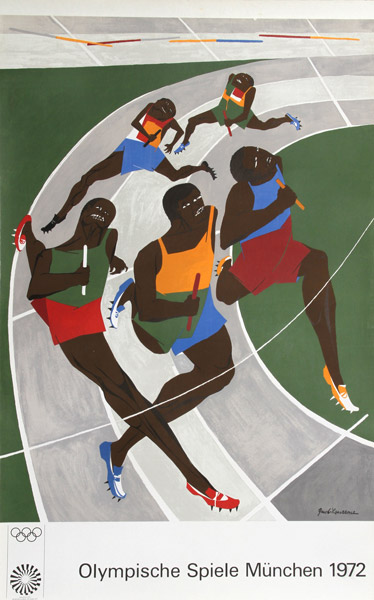 Price: On Request
Olympische Spiele Muenchen (The Runners) 1972
by Jacob LawrenceSigned and Dated by the artist
Edition 169/200
Size 25″ x 40″ Approx