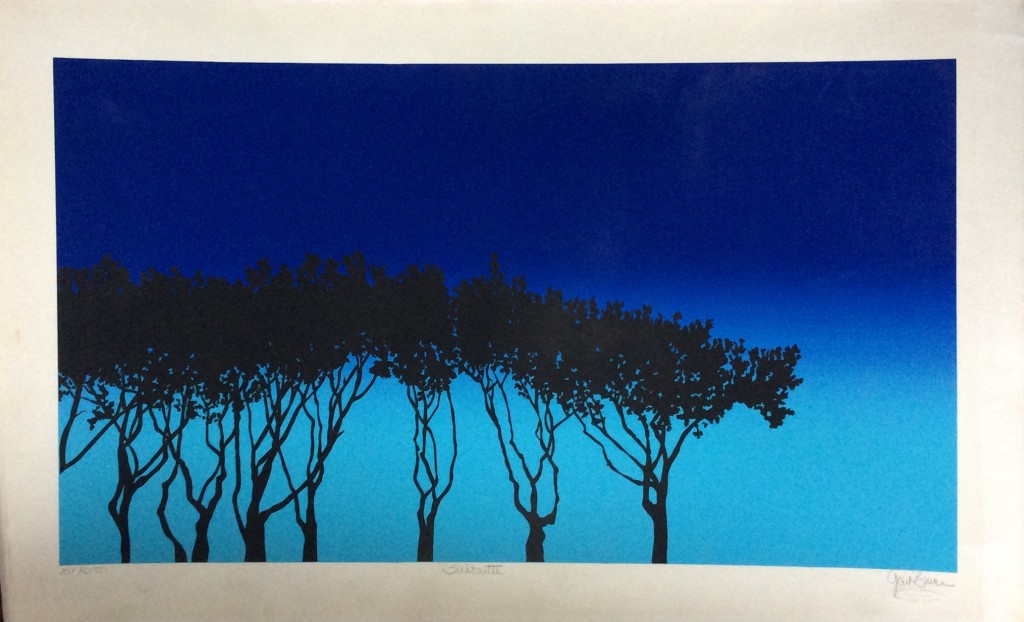 A native of Chicago, raised in California, educated at Pepperdine, UCLA and Hunter, Gail Hire Bruce modeled throughout Europe and America in her teens and early twenties. She worked regularly for the major designers and publications from Chanel to Vreeland and Vogue. She was a favorite model of Irving Penn.

Discovered by director Howard Hawks, she acted in films and television until her late twenties. Her formal training in art came at the Arts Student League in New York and the Woodbury School of Design in Los Angeles, and by the time she took up serigraphy in 1974, she was clearly a self-developed original. So apparent was her freshness of design and concept that the color separations, from her first serigraph editions, were used by the Museum of Modern Art in a serigraphy demonstration class.

Her distinctive painting style is the result of profound influences: the clean and simple look of Irving Penn’s photographs, the tranquility of Japanese images, and the mystery of a Chumash Indian Elder, who inspired Gail to become a Native American Education Activist. Gail is President of RAMSCALE, upscale West Village loft locations for Events, Art and Productions. She is a founding board member of The American Indian College Fund. She is the founder of HipSilver, a website for the over sixty generation. She is the creator and founder of the Cultural Learning Centers Initiative for the American Indian Higher Education Consortium, which has built learning centers at 29 American Indian Tribal Colleges in 12 states. Gail is on the Multicultural Audience Development Initiative (MADI) of the Metropolitan Museum of Art in New York and is co-founder of Unreserved, a not-for-profit devoted to celebrating and leveraging American Indian fashion and art.