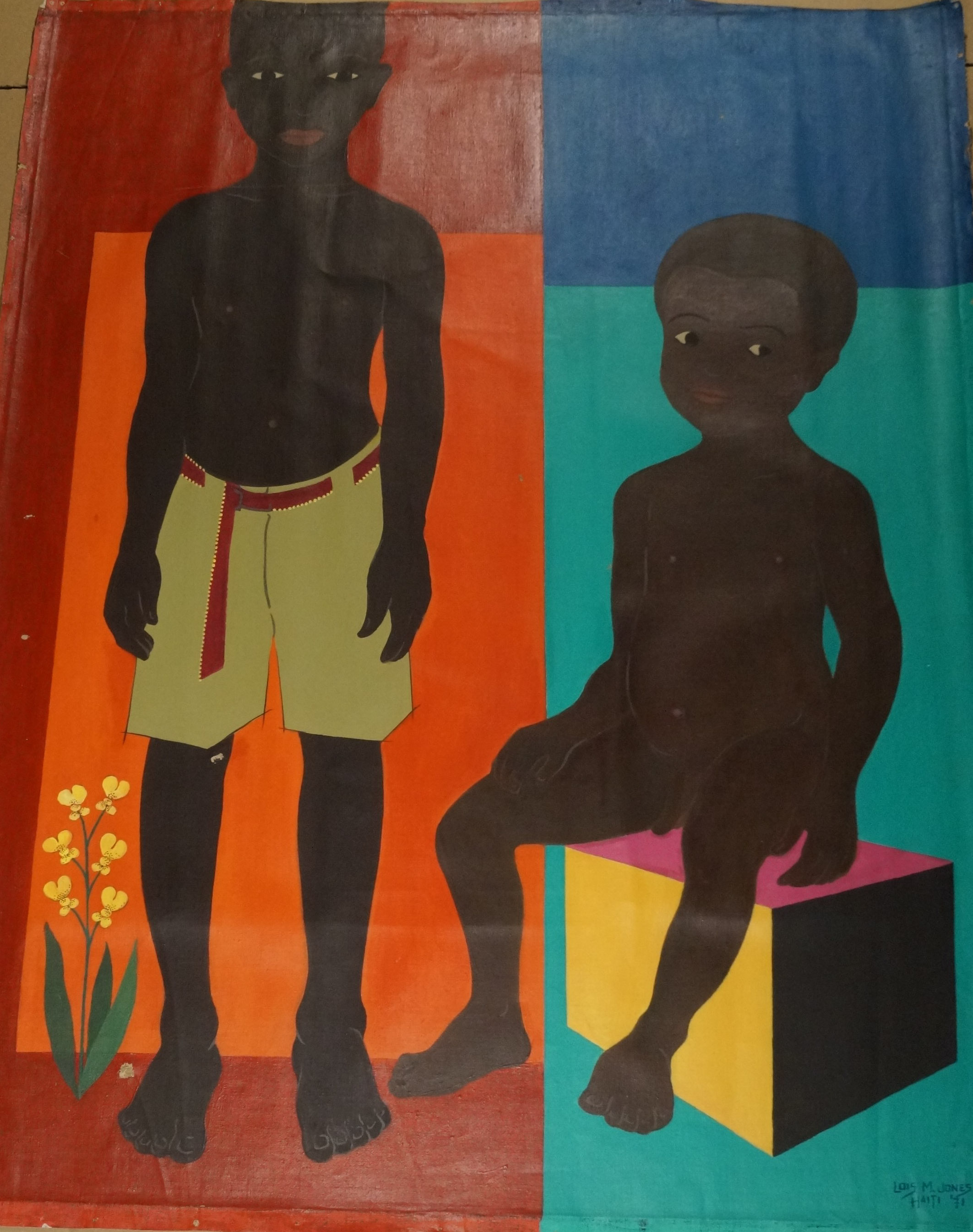 Loïs was fond of saying, “At 90, I arrived!”  Lois was invited to the White House eight times, she visited and spoke at 15 foreign embassies, many dozens of college campuses and international events. She was one of the longest living artists of the Harlem Renaissance, but is only now being recognized and studied as a trailblazer in the Civil Rights movement.  She knew many heads of state personally, painted their official portraits, and received their awards and citations. Today her work is in public buildings, museums and private homes all over the world.  Loïs Mailous Jones is known as an artist, without any additional limiting descriptions.
Back to Art for Sale