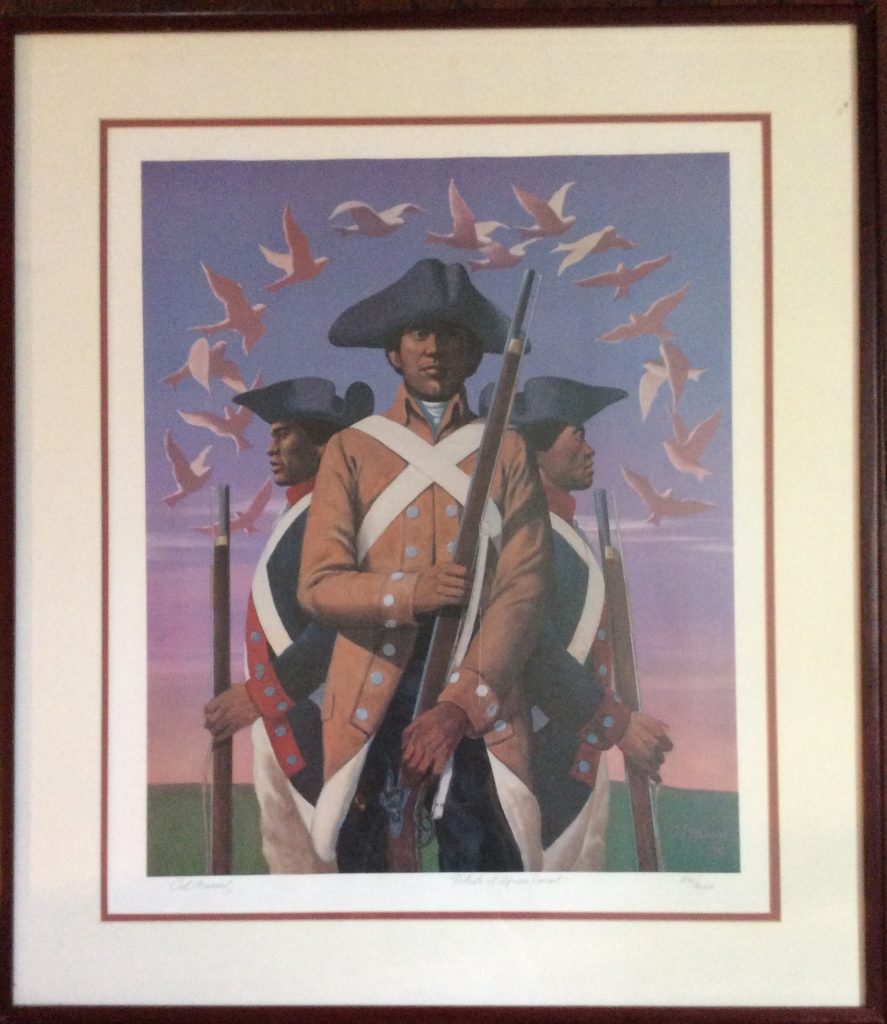 About the Artist:
MOORESTOWN-Cal Massey said that the wonderful images that appear on his canvases come to him during his daily meditations. He jots them on notecards and stores them in a filing cabinet that stands near the easel in his studio. “Everything in my work is spiritual,” the 80-year-old artist said. Entering the artist’s home/gallery studio on Dawson Street is almost a spiritual experience in itself. Messiah, a rendition of a black Christ as one with the earth, standing between the galaxies and the oceans, is the first painting a visitor notices. Near it hangs “Angel Heart”, which Massey considers one of his most popular works, inspired in part by the lack of black angels in traditional artwork. The angel’s hair, styled in a full Afro, is a tribute to the natural beauty of the black woman, Massey said. For years, Massey’s work has represented the black community in the art world. Now the artist, whose work already hangs on the walls of Congress members and rock stars, will see his work hang from the necks of Olympians. Massey was one of 13 artists from around the world chosen to design a commemorative medal for the 1996 ,Summer Olympics in Atlanta. His design, The High Jump, depicts a young black woman – her back arched slightly, her knees bent – as her thighs begin to top the bar. He said his is the only medal that features an athlete of color. “I’m proud to be a role model,” Massey said. The High Jump will be cast in sterling silver and run two inches in diameter. The medals will go on sale in late March or early April, and remain available until after the Games end.
Back to Art for Sale